CRISIS CLUB Greenwich Borough begin the search for their third manager of the season after interim manager Huseyin Torgut stepped down to take up a full-time head therapist role at Vanarama National League club Dover Athletic.

Greenwich Borough appointed Luke Medley in the summer and parted company with him on Wednesday 28 November 2018 after 23 games in charge of the club, winning eight games in all competitions. 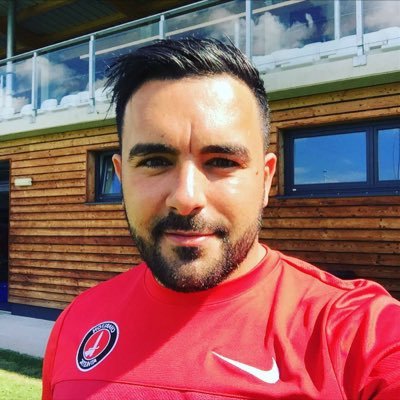 Torgut (pictured above) was appointed on an interim basis on the same day as Medley’s departure and the 33-year-old took charge of his first game on Saturday 1 December when Greenwich Borough suffered a 4-1 home defeat to Haywards Heath Town.

Torgut steadied the ship and East Grinstead Town were beaten 3-1, before they came away from Hythe Town with a shock 2-1 win at Reachfields Stadium on Tuesday 11 December.

“It is bittersweet to announce that I have stepped down from my position of interim manager of Greenwich Borough to take over as head therapist at Dover Athletic,” Torgut told his Twitter account.

“I’d like to thank the Boro for every opportunity they have afforded me and the memories I have enjoyed at the club in both spells.

“I wish them all the very best for the future. I have met some great people at the club which will remain friends for many years.

“I’m immensely proud to be joining Dover Athletic in the National League. I’m excited by the challenge of staying in the league this season and building towards the greater vision of the club. I also welcome returning to full-time football.”

Greenwich Borough are third-from-bottom in the Bostik South East Division table, having picked up 16 points from 18 games, having won five and drawn one of their league games this season.

Greenwich Borough travel to third-placed Whyteleafe next on Saturday 5 January 2019.