DEAN HARRISON is set to climb another mountain, literally.

The 44-year-old guided Fisher to a third-place finish in the Southern Counites East Football League Premier Division last season before deciding to leave the Rotherhithe-based club on 3 May 2019 with his entire management team. 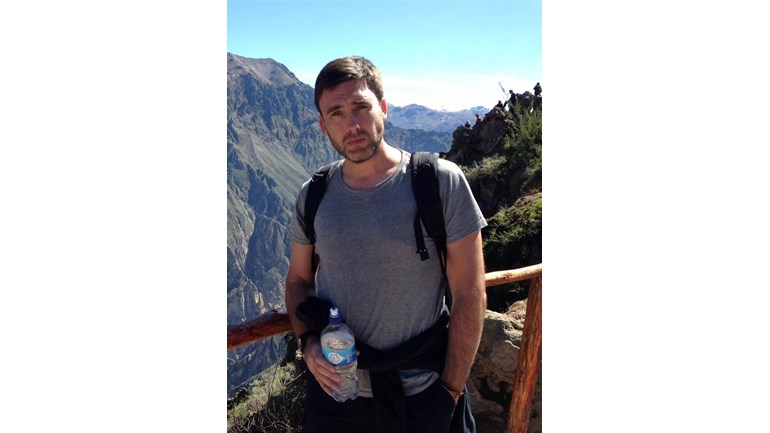 Harrison (pictured above) is climbing Scafell Pike in Cumbria on 7 April, which is the highest mountain in England at 3,209 ft above sea level to raise money for CRY – Cardiac Risk in the Young.

Every week in the UK at least 12 apparently fit and healthy young people die of undiagnosed cardiac conditions.

With your donation, CRY can reduce the frequency of young sudden cardiac death (YSCD) by working with cardiologists and family doctors to establish good practice and appropriate screening facilities to promote and protect the cardiac health of our young.

By supporting CRY you will help save young lives from these potentially fatal cardiac conditions. See how your support can help by visiting www.c-r-y.org.uk

The National Trust website has described Scafell Pike as “a serious undertaking and should not be underestimated.”

“Planning and preparation are key whatever the season  - there could be high winds, rain, snow, extreme cold or poor visibility, so check the mountain forecast, have the right clothing and equipment and know-how to use it.”

Harrison is climbing his highest mountain to raise money to support his close friend Jason Birchall, who was part of Fisher’s backroom staff that came to within winning promotion last season, finishing just six points adrift of promoted champions Cray Valley (Paper Mills) in what was to be Fisher's best campaign since forming after the collapse of Fisher Athletic in 2009.

“It’s in memory of Jason Birchall’s son Jordan, who died of an unexplained heart attack at the age of 19 about four years ago,” said Harrison.

“I’ve done Snowdon already, so want to summit Scafell Pike and then Ben Nevis next.

“Jason’s a good friend of mine and a proper football man.  I want to know that we’re all here to support him and Jordan’s memory will forever live on.”

Harrison has taken a year out of football management this season but says he is keen to return to the fold next season.

“This year has been a well-earned rest from management. I do miss it at times but it’s nice to wake up on a Saturday and have the day at my disposal,” said Harrison.

“Would I go back into football? If the club and the offer is right, possibly.”