Whitstable Bay partner Whitstable Rugby Club with a view to providing a multi-sports facility to its members and the local community, says manager Colin Patching

The game against Bryan Greenfield’s Gillingham-based side will take place at Whitstable Rugby Club’s ground at Reeves Way, kicking off at 15:00. 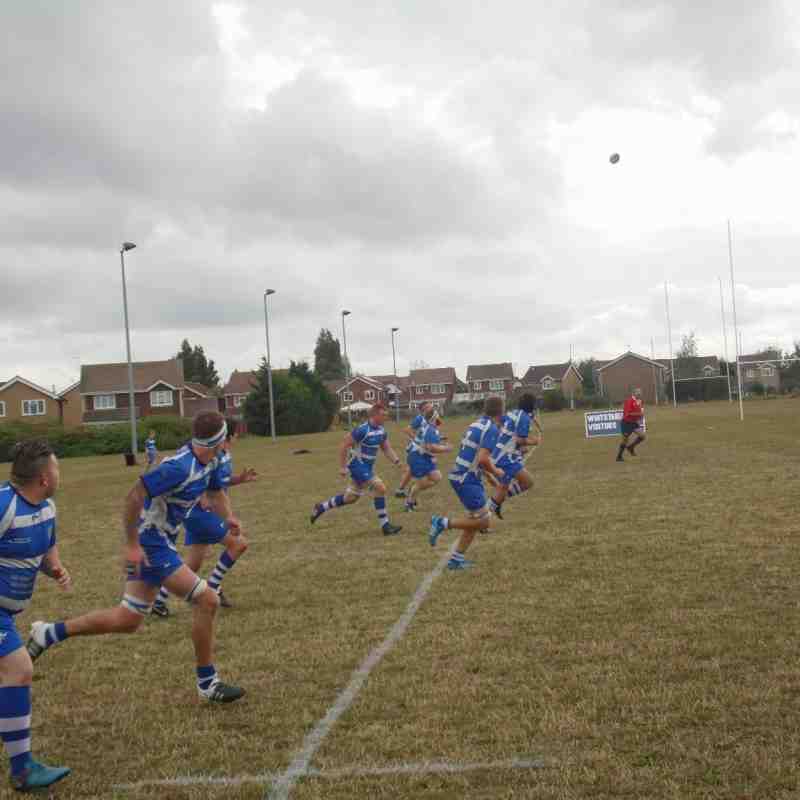 Whitstable Bay were only formed this year and they have been elected into the Premier Division of the Canterbury & District League.

Colin Patching, who used to run Whitstable Town’s under 21 side, has been appointed manager of the side.

“The club has been set up as a development club with a mission to produce and develop players to play at the highest level they can, whilst providing a successful player oriented club,” said Patching.

“The club has partnered with Whitstable Rugby Club with a view to providing a multi-sports facility to its members and the local community.”

Peter Hudson, the chairman of Whitstable Rugby Club, issued the following statement on his club website.

“There are strong rumours around the club above the club being taken over by a football club, so I think it’s only right that we explain exactly what is occurring,” said Mr Hudson.

“The committee have been approached by Whitstable Bay Football Club to hire a pitch off us every other week through the season, this we have agreed.

“What’s in it for us and why? The primary reason for this is to secure the future of the Rugby Club for many a year and to help the finances needed for this club.

“Nearly every week last season apart from two weekend’s one pitch was not used.  The football club have agreed to invest a huge amount of their own money to, redevelop the playing field with all maintenance and machinery and having two groundsmen on site to bring the field up to a satisfactory state to play both games on and to keep them to a high standard.

“They have agreed to erect safety fencing around both pitches with team dugouts, erect stands and improve all perimeter fencing around the entire club which will allow restricted access both from vehicles, bikes, personal and dogs when we are using the fields.

“None of this will affect the mini and junior section on Sunday morning apart from the playing surfaces will be improved and the while area will look much more professional and will allow a better opportunity to increase revenue on festivals.

“The committee feel that this will bring us a step closer to moving up the League’s and encouraging players and children to what will be one of Kent’s premier rugby clubs.

“My door is always open and I am happy to respond to anyone’s queries and can assure all members that we are acting in the clubs best interest.”

Patching added: “We are pleased to announce that Whitstable Rugby Club have agreed to allow us to partner with them to help both club’s grow and develop into a major provider of quality sports in the community.

“With plans already in action to develop and upgrade the facilities to provide both rugby and football on superior surfaces and spectator areas for both players and supporters.”

“As a club we are blessed with a committee that has huge experience in football, both at professional and National League System level,” added Patching.

“Our players are all ex under 21 Ryman League players or Ryman League so should establish ourselves quite quickly.”