We will give it our best shot to try and get the club promoted this season, says Tonbridge Angels midfielder Tom Parkinson

TONBRIDGE ANGELS central midfielder Tom Parkinson says he will do everything in his power to get the club promoted at the end of the season.

Parkinson, 25, has been a consistent performer since he signed for the club from Leatherhead in June 2014 - and is keen to continue the club’s promotion push from the Ryman Premier League.

Steve McKimm’s side came away from Dulwich Hamlet with a 2-1 win at the weekend, courtesy of Parkinson’s first goal of the season, but they crashed back down to earth with a 1-0 defeat at Harrow Borough in midweek.

The Angels remain in the hunt and go into Christmas sitting in sixth-place with 37 points from 21 games, a point adrift of Leiston, who do have a couple of games in hand on the Kent side.

“So far this season we have done ok, I think, considering the amount of injuries that we’ve had at certain times,” admitted Parkinson (pictured below, courtesy of Tonbridge Angels FC). 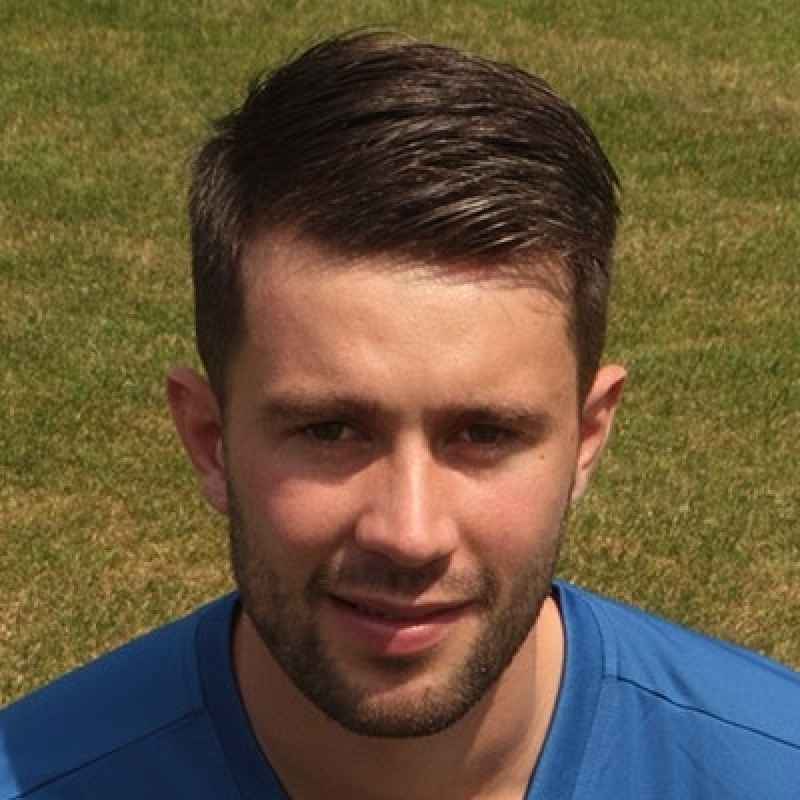 “We are still in and amongst it regarding the play-offs, so hopefully in the New Year we can kick on and go on a run like we did at the start of the season.

“Once we get everyone back fit and everyone staying injury free, I think we can have a good second half to the season.”

McKimm was forced to name himself and goalkeeper coach Stewart Copeland on the bench at Harrow Borough in midweek, a game that saw David Taylor net the only goal of the game for the hosts.

“The loss at Harrow was disappointing, especially after a great result away at Dulwich on Saturday,” admitted Parkinson.

“People may look at it and say we had six or seven missing and no fit players on the bench and look for excuses, but the team we had out and the way we played on the night we should’ve won the game.

“We didn’t take our chances and we let in a sloppy goal, but overall we should’ve got something out of the game.  It was just disappointing that we could’ve back up Saturday’s result with another three points.”

The Parkinson clan will be spending Christmas together at home in Petts Wood, near Orpington.

Older brother Jack plays for National League side Dover Athletic, while there are two other brothers, Dan, who plays for Ryman League Division One South side Sittingbourne and Bill, who is considering his options.

“Christmas is a bit of family time for me and my brothers.  Jack and I both have fixtures over the Christmas period.  Dan is injured at the moment and is waiting to have a knee op before he gets back playing at Sittingbourne and Bill’s having a bit of time off from playing but will be back playing somewhere in the New Year, so it’s still all football over Christmas in our house.”

Tonbridge Angels lock horns with their only Kent rival on Boxing Day, when Neil Cugley brings his Folkestone Invicta side to Longmead Stadium.

Invicta, who clinched the Ryman League Division One South title last season, arrive slap bang in the middle of the table in 12th place on 30 points from their 22 league outings.

“Folkestone will be a very, very tough game on Boxing Day,” warned Parkinson.

“Neil Cugley is a very good manager and always has his teams very fit and organised with good players’ playing in them, so it’s not going to be easy.

“We will have to be at our best if we are to get something from the game.  They’ve had a good start to the season and I can see them being in and around the play-offs come the end of the season.

It was heartbreaking to see Tonbridge Angels suffer a defeat to East Thurrock United in the Ryman Premier League play-off Semi-Finals at the end of last season.  John Coventry’s side then stunned Dulwich Hamlet in the Final to seal their place in the Vanarama National League South for the first time in their history.

“We want to try and go one better this year as a group and as a club,” added Parkinson.

“We as a team were gutted last season not to have gone up and all want to go one better this year for the manager and the supporters.

“After having a good taste of the play-offs last year, we will do everything we can as players to try and go one better this year but it’s not going to be easy.  This is a very tough league with some quality players and teams in it. We will give it our best shot to try and get the club promoted this season!

“I think if everyone stays fit, along with Andre McCollin coming back from a long-term injury, who will be like a new signing for us, we won’t be far off.

“We just need to get a bit of consistency as a group but we aren’t in a bad position in the league and hopefully after Christmas we can kick-on and go on a run, which will push us right up there and in and amongst the play-off positions.”

Parkinson had this message for everybody at Longmead Stadium.

“I would like to wish all the board and supporters at Tonbridge Angels a Merry Christmas and a Happy New Year.  Hopefully we can get you three points on Boxing Day and make it an enjoyable 2017 for you all!”

Boss McKimm added: “It was frustrating to lose at Harrow after winning at Dulwich.  We’ve got a hard Kent derby against Folkestone and then a difficult game against Worthing on the plastic.

“We’re in a good place at the moment. I would like it to be better as every manager would.”