I think we've got the capability of putting us in the mix for it, says Sporting Club Thamesmead manager Jason Long

SPORTING CLUB Thamesmead manager Jason Long says he wants his side to be in the mix this season.

The Acre finished in ninth-place in the Southern Counties East Football League First Division last season and kick-off their new campaign with a long trip down to Lydd Town next Saturday. 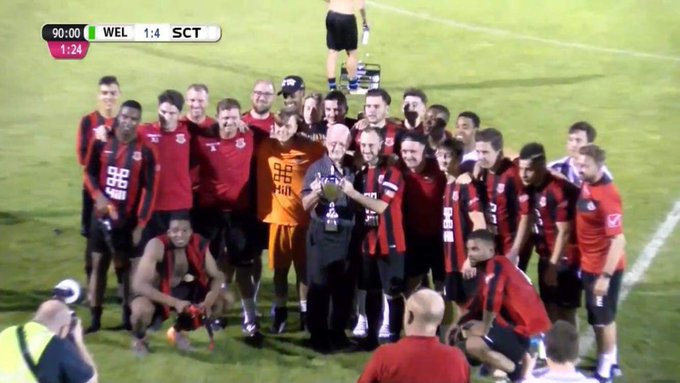 Liam Smith’s men finished three places lower last season and Long, who has been promoted as assistant manager following Joe Ford’s ill-health, and Long wants to get off to a good start.

“I’m excited to get going. The boys know what the expectations are. If they keep doing what we’re asking them to do, I’m sure we’ll be fine and do well.”

When asked what their aspirations are for the season ahead, Long replied: “I want to put us in the mix for it.  I think we’ve got the capability of doing it.

“We’ve done well in the cup beating Sheppey and Beckenham last year and had some good results against teams in the league above, so I do think we can definitely cut it.

“It’s if the boys can be consistent all season.  I know there’s been a lot of changes and it does happen but hopefully we’ll just try to do the best we can and I do see ourselves in the mix for it.”