Blackburn spent 12 years at Hollands & Blair, where he was player, coach and manager of the Gillingham based club. 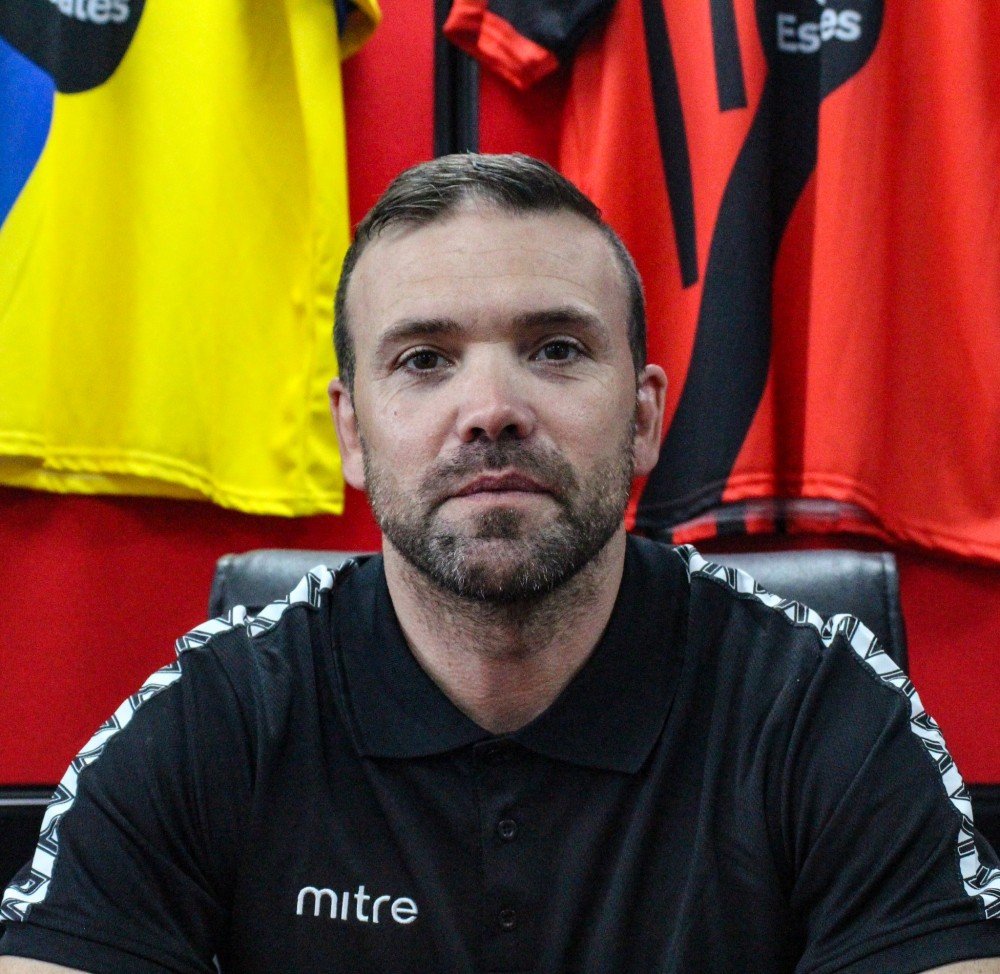 He stepped down as Blair’s manager on 10 March 2019, having seen his side slide into the Southern Counties East Football League Premier Division relegation zone. He was in charge of 34 games in all competitions, winning seven and losing 23 games during his tenure.

Paul Piggott retained managerial duties at the club and ensure the club escaped relegation by finishing nine points above the drop zone in the bottom three, as Rusthall and Croydon will be playing First Division football this coming season.

“I’m looking forward to the new challenge at Sittingbourne and I’m very grateful for the opportunity to work for and with ex-professionals who have a clear vision and structure of how we will take the football club forward,” said Blackburn, who was unveiled as Sittingbourne’s new coach last Wednesday.

“It’s a varied and vastly experienced management team that I believe compliment each other very well to cover all the bases that you need to have in order to be competitive at this level.”

Reflecting on his time at Hollands & Blair, Blackburn said: “The decision to leave Hollands & Blair after 12 fantastic years was never going to be an easy one and it most definitely wasn’t!  It was probably far more difficult than I even imagined.

“It reminded me of when I left home to a degree, there’s never a good time as such, you don’t really want to do it, as you’re comfortably and surrounded by people who look out for you, but you know in the longer term it’s the right thing to do for the club to be able to make the steps forward that it needed to.

“It was a calculated risk resigning when I did and I’m sure the timing surprised a few people outside the club, especially after taking over under very difficult circumstances and working so hard with limited resources initially to form what I felt was finally a squad that could comfortably compete with any side in the league.

“I’m grateful to Paul Piggott for finishing what I started and doing a great job of keeping the team in the Southern Counties East Football League Premier.

“The lads did the club proud and their humbling reaction when I resigned made all the hard work worthwhile as it confirmed what a classy group of lads is put together to finish the season off, I’m extremely grateful for all their efforts.

“The supporters and admin staff were a great help during my time there as well and I have to say a big thank you to Laurence Plummer and Steve Lyons and his band of merry men, they know who they are.

“I have many great memories that I will treasure and I can look back fondly on from the numerous seasons that I spent there.

“I’m proud of my contributions on and off the pitch.  I scored a few important goals over the years and missed a few as well to be fair! I played every position, including goalkeeper, won titles and trophies and I had the pleasure of playing with some very talented guys, most of which I remain good friends with and that’s what football at this level should be all about.

“Off the pitch I’m also really proud of the Vets and min-soccer sections that I assisted in forming, both sections are thriving thanks to the work of those now connected  to them who are doing a great job and it means the club can accommodate players from five to 45 years and even beyond now, which is a fantastic achievement for all concerned and I’m pleased to have played some small part in the clubs growth and development.

“Blair are in a stable and healthy position now and I sincerely with Simon Halsey and Luke Harvey and everyone connect4ed to the club all the best for the future.”

Lynch is preparing for his first full season in charge of the Isthmian South East Division club and has announced his squad during the past week.

Harry Taylor has signed for the club following his release from Sky Bet Championship club Millwall, while left-back/winger Jason Fregene has been snapped up from Hollands & Blair.

Goalkeeper Bradley Comins has signed for the club, having made 17 starting appearances for Isthmian Premier Division side Corinthian-Casuals last season.

“It’s another great club with fantastic backroom staff and the supporters are unbelievable!  I don’t think I’ve heard a louder bunch at this level of football but I’m sure a few away supporters will try to prove me wrong now.

“Although it’s a brilliant club, like many at this level there was room for improvement and Chris is using his experience and implementing his plans and visions for the club and we’re all behind him doing our bit and supporting him every step of the way.

“Chris, Nathan Elder and the guys have made me feel extremely welcome in a very short period of time and we’ve already shared plenty of laughs, so although we are all acutely aware of the task ahead of us.

“I know we’re going to have fun doing it and most importantly I feel the players enjoy the balance we offer them as a management team and every player hopefully has someone they feel they can approach for any guidance or advice they may need to help them develop as players.

“We’ve retained the majority of the players we wanted and I think that speaks volumes for the impression we’ve given the players about our expectation and plans for them as a team and also as individuals.

“Chris is meticulous in his planning and preparation, which I really appreciate and enjoy. He’s going to be great for me.

“We’ve already shared our different experiences and get on really well. It’s a brilliant chance for me to build on my previous experiences in football, working with new people and soaking up any further knowledge I can glean from them to make me better as a coach and or manager in the years’ to come.

“Nathan is such a nice guy too.  I’ve only spent a few weeks around him but his personality is infectious and considering his achievements in football, he is such a humble guy and great fun to be around.  The lads will learn a lot from both of them and hopefully myself.

“Josh Hall and the rest of the staff have all helped me settle in and the thing I like the most about our set-up is we all know who’s in charge and what our roles are but we’re all given a chance to air our views in the right professional manner at the appropriate time, so everyone feels as important as the next person.

“We’ve all been working hard in the closed season and we’ve all utilised contacts and resources to get a very decent group of lads along for pre-season.

“There will be some tough decisions to be made in the weeks ahead but the clubs in a great place and it’ll only move forward from here.

“We look forward to some testing and interesting friendlies and playing some attractive football that the supporters can enjoy.”

The Brickies open their pre-season campaign with a home game against Vanarama National League South side Tonbridge Angels on Saturday 6 July 2019 (14:30).