Miles Cornwell is a big loss for us, admits Sittingbourne boss Nick Davis

The attacker has scored eight goals for Sittingbourne this season but Folkestone Invicta boss Neil Cugley has snapped him up and he scored within 18 minutes of his Invicta debut in their 3-1 home win over Kingstonian at the weekend. 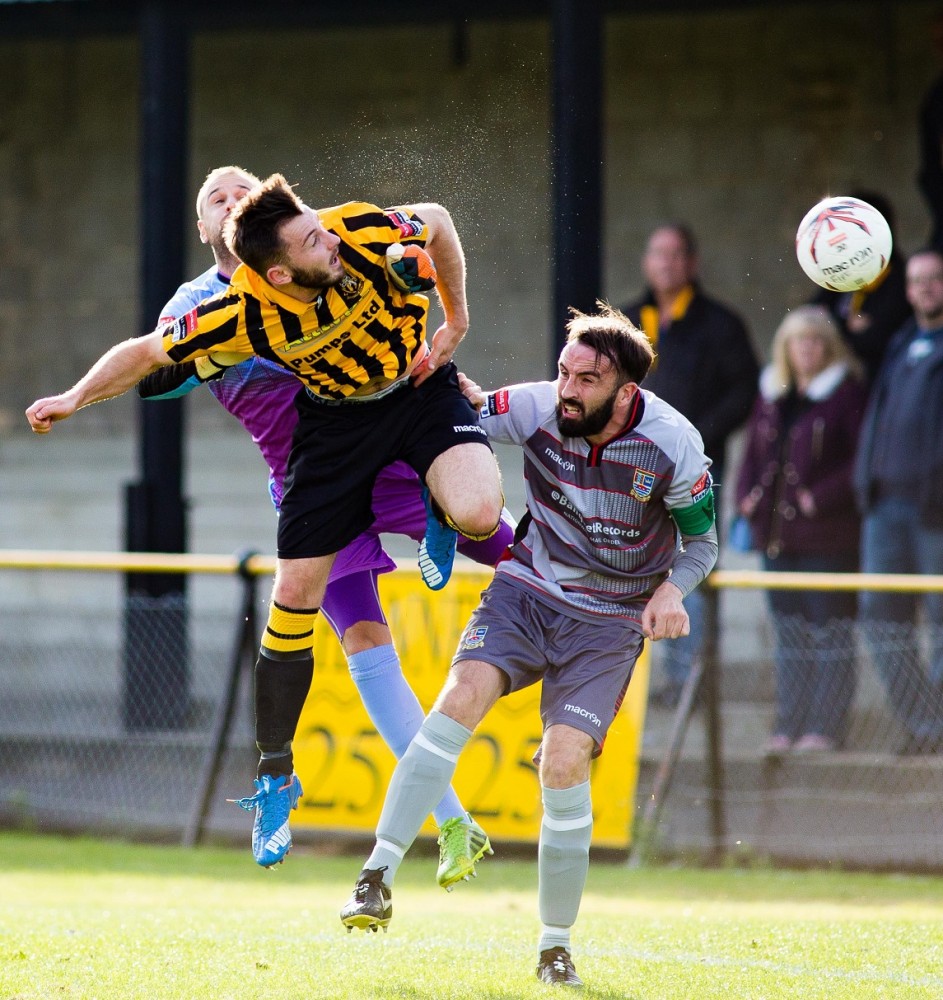 “We lost Miles Cornwell during the week, which is a big loss for us,” said Davis.

“He’s been brilliant and I will always encourage players to try and better themselves and test themselves at a higher level and to have no regrets and financially as well they more than doubled his money so good luck to him.

“Hopefully by the end of this week I will have brought in another midfielder. It’s my priority now to also go out and find a suitable replacement for Miles, then if he does well we will lose him and the cycle continues but that’s football!”

Sittingbourne were held to a 1-1 draw at Molesey at the weekend and as a result sit in eleventh-place in the Ryman League Division One South table on 16 points from 11 games.

“Molesey is a difficult place to go to and they had collected 10 points of their 13 points so far at home and only lost the once so we knew it was going to be difficult,” said Davis.

“They play their big pitch well and counter attack with pace and I see how they have been difficult to beat at home.

“We were disappointed not to come away with the three points if I’m honest but we’re very much depleted so I probably would have taken the point beforehand.

“I was also without my skipper Jono Richardson who has been exceptional for us along with Jack Steventon, who is also suspended for the next two games and Ola Rabiu, who was ill.

“We had to reshuffle slightly and played a little differently and as a while I was pleased with the work rate and desire the lads put in.”

Three Bridges welcome Sittingbourne on Tuesday night with a playing record of one win and three draws from their 13 league outings and are smarting from their 4-1 home defeat at the hands of Hythe Town at the weekend.

“Three Bridges have not had the best of starts to the season but have a more than capable group of players with lots of experience, so it will not be easy,” warned Davis, who is doing a great job to keep the cash-strapped club clear of the relegation zone.