LOUIS COLLINS has made his first team debut for Sevenoaks Town tonight – at the age of 13!

The striker, who has featured in the youth ranks at Millwall, made his debut for the Southern Counties East Football League side in a pre-season friendly against Guru Nanak. 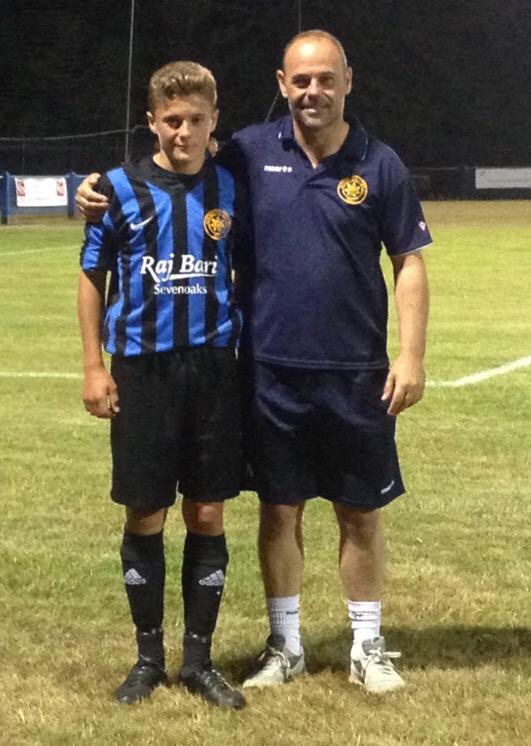 PROUD: Louis Collins was given his chance to impress for Sevenoaks Town by his manager father Micky Collins.
Photo: Twitter

Guru Nanak, who play two levels below Sevenoaks in the Kent County League Premier Division, were defeated 5-1 at Greatness Park.

Louis Collins was given his chance to impress by Sevenoaks Town’s first team manager Micky Collins, who said: “So proud of Louis tonight, pleased for the first team aged 13 in a 5-1 win.

Micky Collins feels his son may have gone into the record books following his impressive display against the Gravesend based outfit.

“You should check if he’s the youngest player to ever feature in a senior game?”

And on his son’s performance, he replied: “He really should have had a hat-trick!”