SPORTING CLUB THAMESMEAD joint-manager Ross Baker says he wants his side to cause an early FA Cup upset at Sevenoaks Town on Saturday.

The artist formerly known as Seven Acre & Sidcup knocked Sevenoaks Town at the same stage of the competition last season, winning a replay 4-2 on penalties after both games were locked at 1-1. 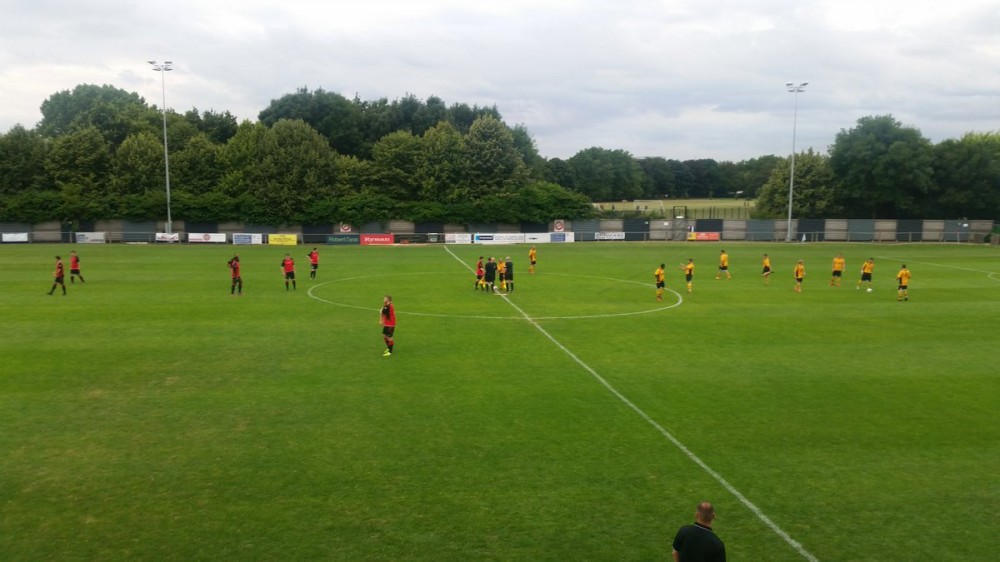 Sevenoaks Town manager Micky Collins led calls from managers at Step Five and Six disapproving that their season should start with a FA Cup Extra Preliminary Round tie and Baker agrees with his opposite number going into Saturday’s trip to Greatness Park.

“Firstly, we would totally back up what Micky Collins has previously said about playing an FA Cup game as the first of the season,” said Baker.

“Clubs like ours rely on income from successful Cup runs and the opportunity to have a league game or two would have been nice, but I guess it’s the same for every club and we should be grateful for our place in this great competition.

“Saturday will be a massive ask for our new side, especially having seen some of the high quality players that have been acquired by Sevenoaks, who we expect to mount a challenge to be playing Ryman League football this time next year.

“Having said that, it’s the FA Cup and everyone loves an underdog so our boys will go there with no fear and enjoy the day and who knows…

“All support will be much appreciated for Saturday as we know Sevenoaks are a well-supported club.

“Hopefully we can pull off an early upset. We will certainly give it everything we have got.”

The club have decided to go with a three-man management team this season, with Lee Hill being joined by Baker and Danny Joy, who were previously managers at Kent County League sides Erith 147 Sports and Bexlians together.

Baker said: “Pre-season has been a massive change around for us, obviously changing the clubs name and adding a youth section as well as an under 21s, which will play in the Kent County League this coming season, has been a worthwhile venture, even if a little hectic.

“On the field we have lost a few players from last season, namely Anthony Fenech, who has left to join Sevenoaks, who we face on Saturday.  We have also lost a couple who are going to University and another who has begun a career in management himself and we wish them all well for the future and even Fenech but that’s after Saturday.

“Having said that we have brought in eight or ten new players who have all made a good impression in the pre-season games so far.

“We are under no illusions that it will take a couple of months to get going but once we’ve bedded in as a squad we are more than confident of holding our own in the SCEFL1 and even trying to push on from last season.

“All we are looking to do as a senior club is progress little by little. We don’t have a playing budget which makes it difficult at our level when clubs can offer win bonuses and even wages in some cases.  We don’t want to run before we can walk. We all want the club to progress at a level which we can manage and still enjoy.”