REFEREE Thomas Marshall has revealed the reason why he has dyed his black hair blue this pre-season.

The Eltham based referee says he is “doing something mental for mental health,” to raise funds for MIND, the mental health charity. 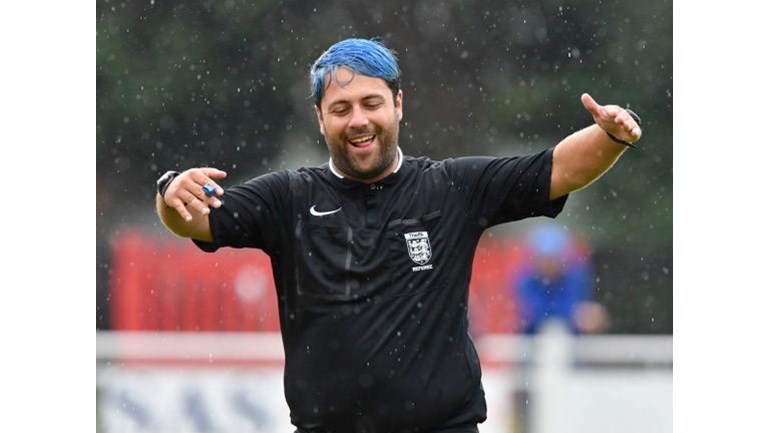 “I’ve decided to make myself look like more of a prat for this month to raise awareness and some money for mental health; I’ve dyed my hair blue!

“The main reason was my cousin Chris took his own life, battling his demons alone not realising the impact it would have on his friends and family.

“My dad suffered greatly with mental health issues and he would have been 50 of the 7th, but he chose drink and drugs to battle his demons, which is why he isn’t with us today.

“I want people to realise you don’t have to be alone or suffer in silence.  The support is there and I want to raise the profile of MIND and help give them some support back, in memory of someone we dearly love.”

Mr Marshall, who was in the middle for yesterday’s pre-season friendly between Greenwich Borough and Leyton Orient has so far raised £380 and would like you to donate by clicking on this link: