We underachieved last year with the group of players we had, admits Ramsgate joint-boss Jim Ward

The Rams finished in a disappointing 12th placed finish in the Ryman League Division One South campaign last season. 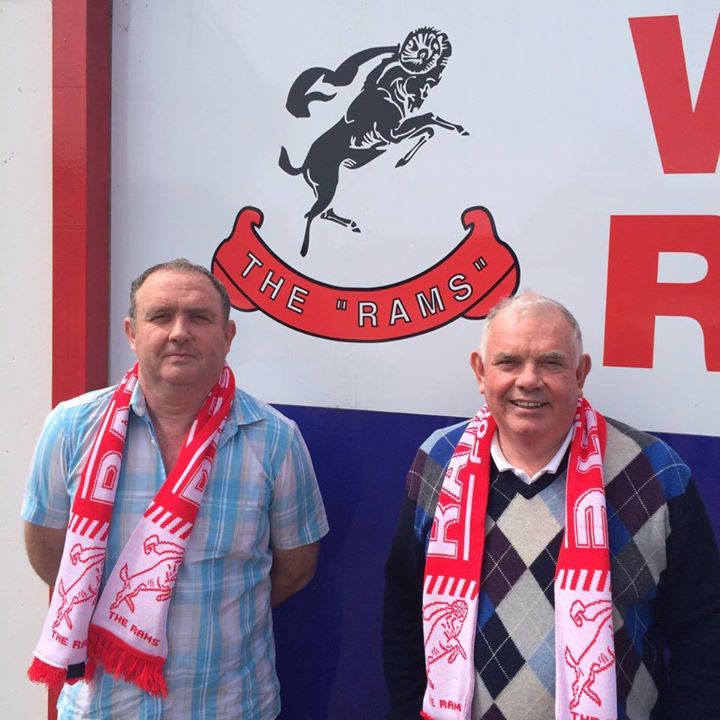 They kicked off their pre-season campaign with a 1-0 win at Margate in the First Leg of the Thanet Cup, before going down to a 3-0 defeat at Ashford United yesterday.

“Well, typical pre-season! We played Margate in the first game last Saturday, beat them 1-0.  We played ever so well and deserved to win the game,” said Ward, who phoned up saying he’s looking for a team to play at Southwood Stadium on Saturday 23 July.

“Normally you keep the same team but it’s pre-season so we made six changes against Ashford yesterday but we weren’t at the races. Fair play to Ashford, they done ever so well but we got beat 3-0 to Ashford. It wasn’t what we were looking for so we’re back to the drawing board a little bit.”

Ward said pre-season is about getting his players fit as they prepare for the league opening game at home to Guernsey on 13 August.

“The first thing that you look for, you’ve got to get the lads’ fit,” he said.

“It was obviously in the Margate game how fit we were. It was good to see, considering it was our first game.  That’s the first thing you look for. Then you look at the shape, what shape, with the players that you’ve got, you want to keep.

“We’ll decide on the particular shape that we want to go and we’ve tried that in the last two games. To be fair, the shape has been alright, so I’m pleased with that as well.

“We’ve only got a couple of new players in so we don’t need to blend anyone in.  George Crimmen and Peter Wedgeworth have both played for us before.

“The biggest thing you do in pre-season is get yourself ready for the first league game.

“In the modern game in our division, in the Ryman South, you go two league games, Saturday and Tuesday and straight away you’re in The FA Cup, which for a club like Ramsgate it’s so important to get that prize money from the first one and hopefully the second and third hurdles in the FA Cup.

“That’s what you’re looking for and you base yourself on that 13th August.”

He said: “Terrible mate! We under achieved last year with the group of players me and Danny (Ward) had. We’re better than 12th, that’s why we’ve signed two defenders. We think we’ve got good defenders but we let 72 goals in so there’s something wrong some place.

“We think we’ve got one of the better goalkeepers (Luke Watkins) as well. We’ve tried to address the situation with the defenders and hopefully that will stand us in good stead.

“We’ve still got the same goals, Joe Taylor and Ian Pulman and that will do us. It was the other end that was wrong.

“Finishing in 12th place was disappointing last season for us.”

“Greenwich and Cray are big club’s aren’t they? They’re big clubs and Lewes, that’s another big club that have come in. It will be an interesting division. There will be no easy games. I think everything’s going to be tough this year.

“I’ll just tell you what every single manager will tell you – the target is the play-offs! If you can better the play-offs, you’ve won it. “We don’t set out for mid-table that’s for sure, we set out to stay as successful as we can.”