Ramsgate sign Jack Paxman: He’s a talented, young local player who is a winner and I need a team of characters and winners if we are to achieve our goals this coming season

The 21-year-old has penned a one-year contract with the Bostik South East Division club, following his release from their Bostik Premier Division rivals and is the natural replacement for Jake MacKenzie, who has left the club to sign for Whitstable Town, whom are now managed by former Ramsgate head coach Lloyd Blackman. 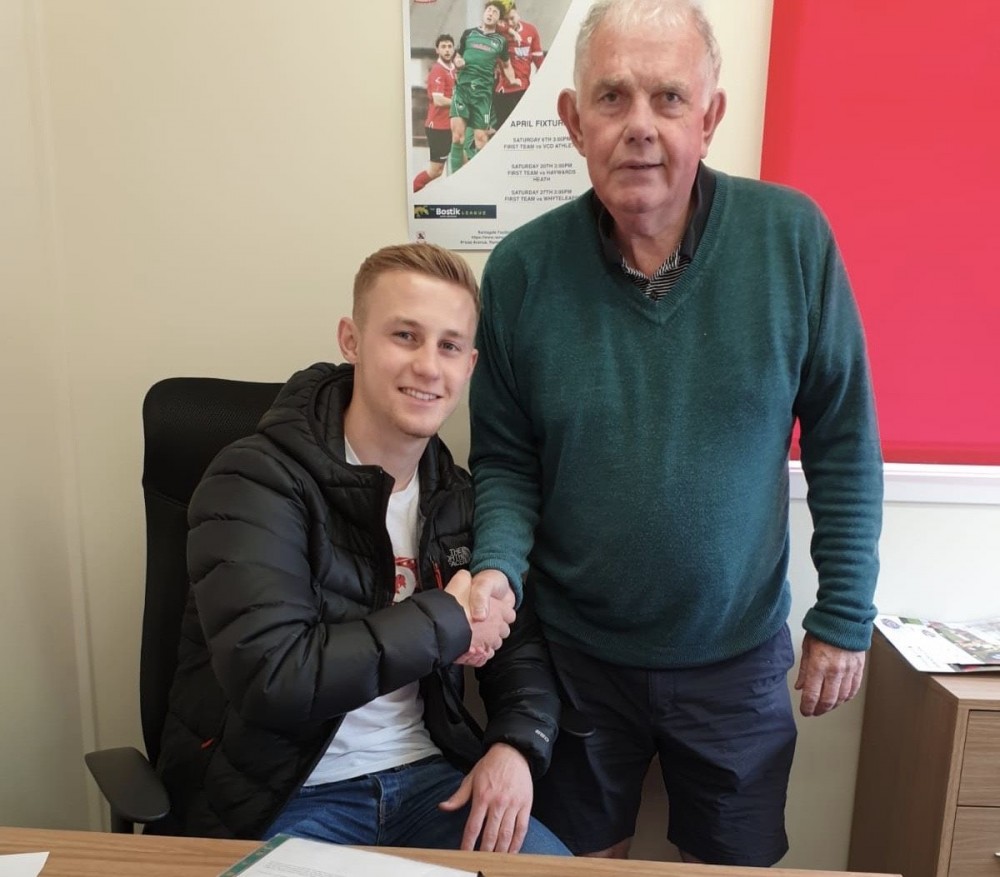 “I’m delighted to have signed Jack on a year’s contract with the club,” said Davis.

“He had a fantastic season with Margate and we hope he can continue that form with us.

“He’s a talented, young local player who is a winner and I need a team of characters and winners if we are to achieve our goals this coming season.”

Davis has been tasked with challenging for promotion next season after the Southwood Stadium club finished in eleventh-place.

Paxman told www.ramsgate-fc.co.uk: “I believe this is the right move for me and I'm excited to get started.

“Nick is assembling a great squad and I’m pleased to be a part of it.”

Paxman made 40 appearances for Margate and scooped the Supporters’ Player of the Season award at the Hartsdown Park outfit.

Ramsgate’s chief executive and director Paul Bowden-Brown added:  “I would like to officially welcome Jack to the club on behalf of the owner, myself and everyone associated with Ramsgate Football Club.

“We are delighted to have secured Jack’s talented services and it shows once again the calibre of player we want to attract to this football club.

“Knowing he is also a local lad shows that with local players, be it from our own talented  youth section or from within Thanet, blended with players who become available outside of the area, we as a club can push on and get the promotion we are all looking for.”