PHOENIX SPORTS have appointed a new man at the helm to manage their reserve side next season.

Manager Ben Kotey and his management team of Martin West, Reggie Boatswaine and Keith Lawrence have confirmed that they have stepped down from their roles after closing their campaign at Stansfeld next Monday night. 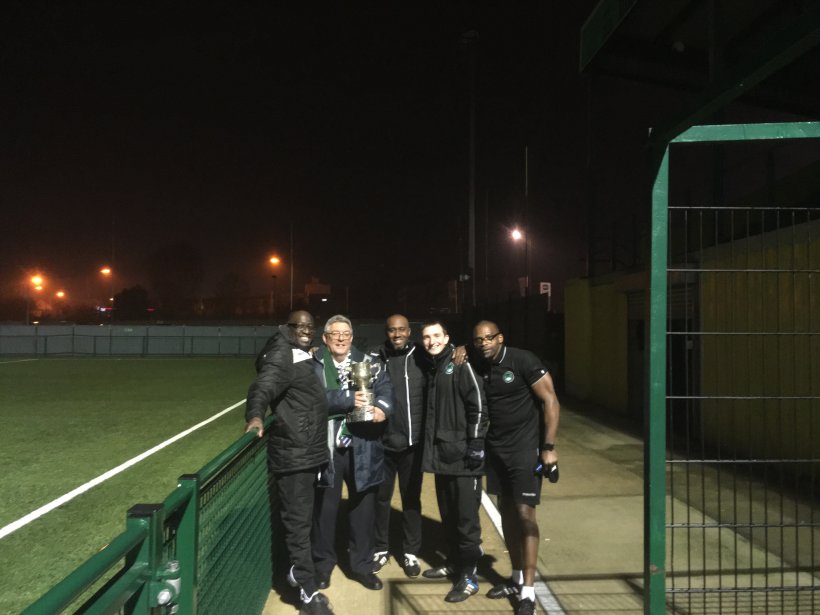 Phoenix Sports Reserves are presently sitting in fourteenth-place in the table with 41 points in the bag but all that could change before the League ends their season next Monday.

The club have decided to promote Del Oldfield, who has been managing their Kent Youth League under 18 side this season, to take charge of the team that play in the tenth tier of English football.

“After two successful seasons at reserve team manager, Ben Kotey and his management team have resigned their positions at the club to further their management career,” said a club statement.

“Ben and the chaps have done a fantastic job.  Running a reserve team can be a thankless task and they have been very professional throughout their time.

“The Phoenix football committee and everybody associated with the club would like to thank Ben and his team and wish them every success for their futures in football.

“Del Oldfield, who has been at Phoenix for two seasons now, and is the current Kent Youth League under 18s manager, has accepted the role of reserve team manager from the start of the 2018-19 season.

“Alongside Del will be Kevin Spriggs and two Phoenix favourites, Terry Barry and Marc James.

“Del has a great knowledge of football and will continue in the clubs ethos of bringing young Phoenix players into his squad introducing them to senior football in the Southern Counties East Football League First Division and hopefully guiding some through into our senior first team.”

“I’m looking for a manager role to come up and get back in the hot seat,” said Tompkins, who guided Otford United to promotion  in to the Kent County League Premier Division last season.

“I’ve met some great people this year and learnt a lot. If nothing comes up my boots will come on next year, but we’ll see what happens.

“I’ve decided to move on as assistant manager isn’t for me.  It’s been a fantastic season with Elmstead after a shaky start.”

Marc Bentz side finished their campaign in the top eight with 55 points from 36 games but could drop depending on other results before the season close.