We are working closely with the Southern Counties East Football League and The FA on our application for promotion and are hopeful for a positive outcome, says Peckham Town chairman Bryan Hall

PECKHAM TOWN founder and chairman Bryan Hall says he is working closely with The Football Association to gain promotion into the Southern Counties East Football League First Division next season.

The club hit third-place in the Andreas Carter Kent County League Premier Division table after beating Tudor Sports 4-1 at Oxford Road in Sidcup last night and they finish their campaign with a trip to Dartford to play Fleetdown United on Saturday (14:45). 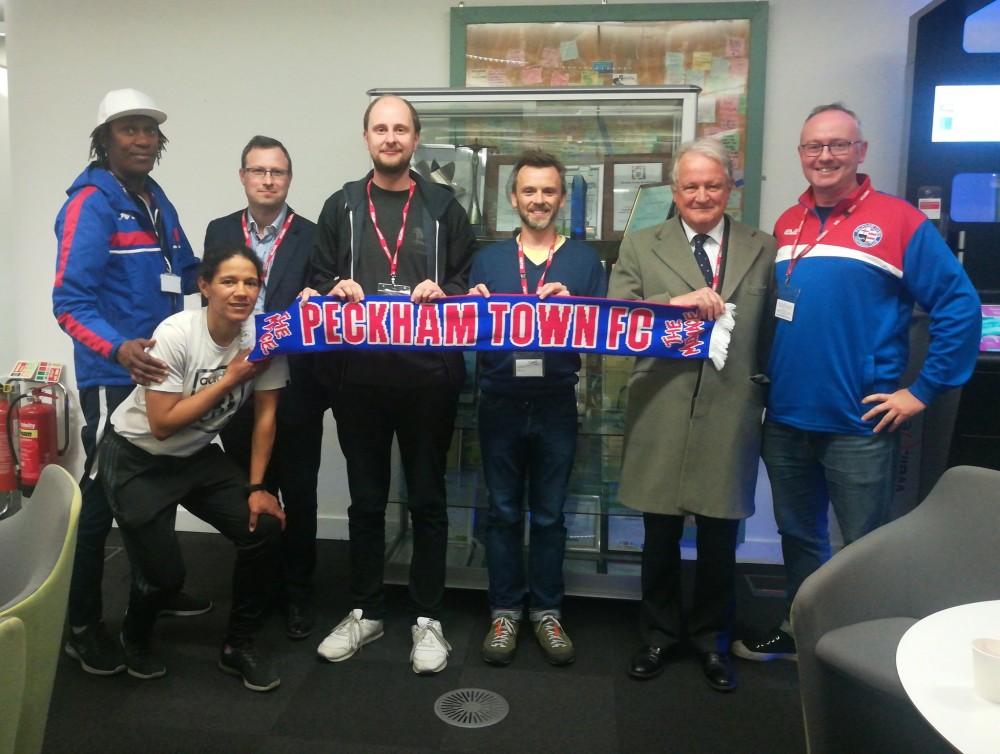 The club play their home games on Dulwich Common in SE21 and on Monday they received the good news that their application to install floodlights at their ground was approved by Southwark Council.

“We are very grateful to the members of our local community who took the time to write in support of our plans and to the Councillors who heard our application,” said Mr Hall.

“We firmly believe that promotion for the men’s first team would increase recognition for the club and benefit all of our teams, male and female, across all age groups.

“We are working closely with the Southern Counties East Football League and The FA on our application for promotion and are hopeful for a positive outcome. We are ready for the challenge on and off the pitch.”

The team are managed by Alan Jacobs and his talented group of players will definitely be a side worthy to compete at Step Six for the first time next season.

“The floodlights have been approved so happy days, the door is open,” said Jacobs.

“We’ve got our own little WhatsApp group and they don’t really know, they’re not old enough. I said ‘it was one small step for man, one giant leap for Peckham Town!’  They didn’t understand it!

“We’ve got the lights now, we’ve got the camera because the woman comes down and films us and now we need the action.

“Our ambition is to get as high as we can. It’s all about one step at a time. We haven’t tried to run into anything. We’re trying to build something here and it’s taken us a long time.  This is a major, major step forward with the lights.”

If successful with their application for promotion – Peckham Town are currently six points adrift of champions Staplehurst Monarchs United, whom have also applied for promotion - Jacobs insists his team will compete.

“We’ll give them a good game of football, that’s what it’s about isn’t it?  I think we can compete. I’m not saying any other than that.

“We can play the game, nobody’s going to have 90 minutes, but if we can get into the groove and get the ball down and do what we should be doing, just stop that little bit of bickering now and again and just listen to what we want them to do and carry out those instructions, win, lose or draw, we’ll give anybody a game of football.”