TRIBUTES have been paid to former Margate striker Michael Thalassitis, 26, who found fame on reality television show Love Island after ditching his footballing career in 2017.

His management confirmed on Saturday evening that he was found dead on Friday. Police officers were called to a park near Latymer Way, Edmonton at 09:28 to reports of a man found hanged. 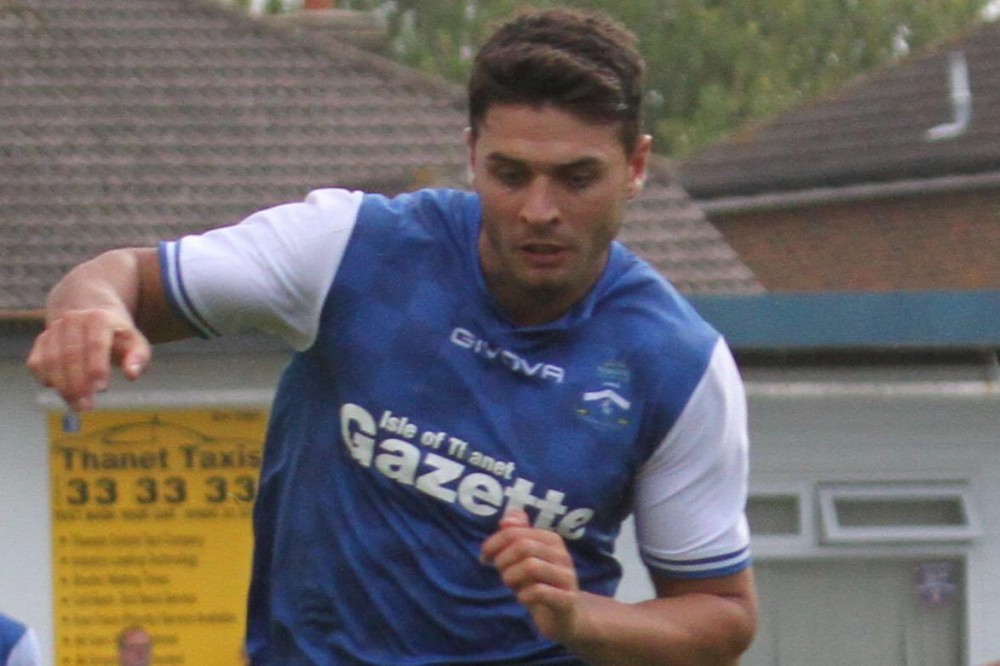 His former team mates and clubs have taken to Twitter to offer their condolences.

“Margate FC is deeply saddened to learn of the passing of one of our former players, Mike Thalassitis.  We extend our deepest sympathies to his family, friends and loved ones during this very difficult time. Rest in peace, Thala.”

“Everyone connected with Ebbsfleet United is shocked and saddened to learn of the death of our former striker Michael Thalassitis,” said a statement from the National League club.

“All at the club wish to express our deepest sympathies to all the family and friends of Michael, which include many of our past and current playing and management staff.”

Steve Brown, his then manager at Ebbsfleet United, said: “I can’t tell you how smashing this fella was to be around, the dressing room was always buzzing when Thala and Ozzie got going.

“R.I.P Michael Thalassitis. My thoughts and prayers to out to his family in what must be an incredibly difficult time.”

National League South side Concord Rangers added: “The club are saddened to hear the passing of former Concord Rangers player Mike Thalassitis.  Everyone’s thoughts and prayers are with his family and friends at this hard time.”

Another, Welling United, added: “RIP Michael Thalassitis. He only made a handful of appearances for the club. However, all of us at Welling United are saddened to learn of Michael’s passing. Our thoughts are with his family and friends.”

Another striker, Liam Enver-Marum, tells people “to speak up” and seek support when times are hard.

“When I have a few good months and I feel I’ve gotten over the worst of my depressing, it silently returns. This isn’t a battle I asked to fight. I’m tired of knowing it’s always coming back.”

Enver-Marum added that he “was told this by a friend battling depression, please speak up anyone who is struggling.”

Striker Sidney Sollis, who played with Thalassitis at Margate and is currently on loan at Hythe Town, echoed those sentiments.

“Why does it always take something like this to happen for people to start saying it’s okay not to be okay? Things should be done sooner to help people.”