Lydd is in my heart and all I can promise is I will work even harder to bring back the good times to my beloved club, says Liam Smith

LYDD TOWN manager Liam Smith says he will work even harder to bring success to his beloved club next season. 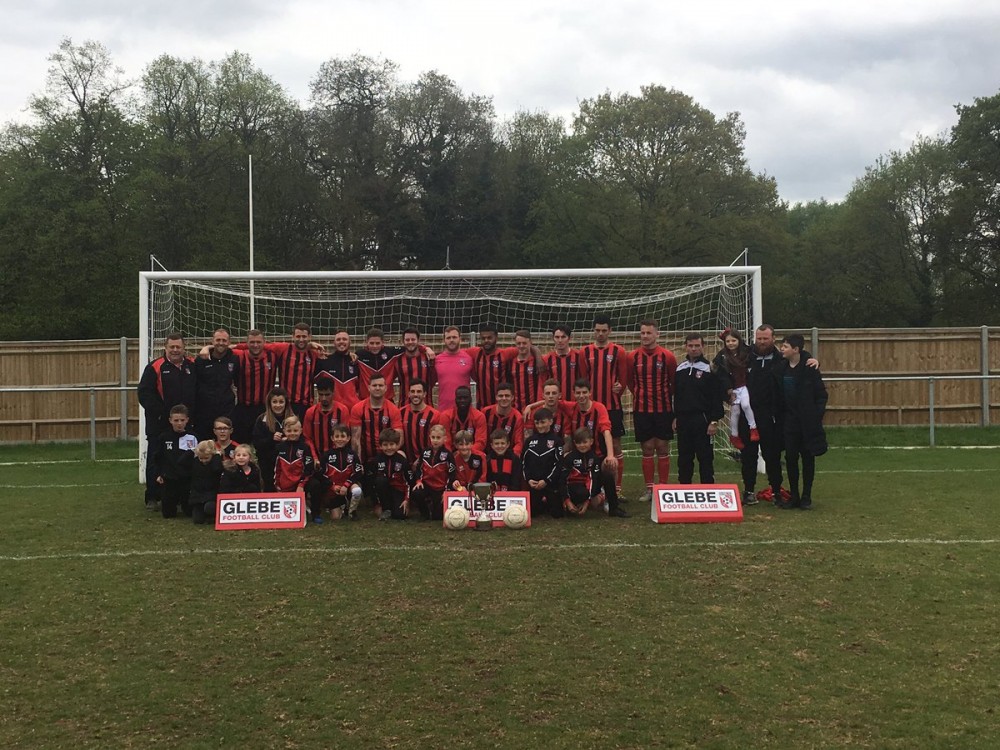 Adam Woodward’s side got their hands on the championship winning trophy on Easter Monday after beating both Forest Hill Park 2-0 away and then thrashing Kent Football United 4-0 at Foxbury Avenue over the holiday period.

Smith, meanwhile, who took over from his dad Dave last summer, has guided Lydd Town to eighth-place with a playing record of 14 wins, six draws and 15 defeats – but Smith is keen to improve on that record next season.

“Firstly, I would like to say welcome to everyone involved with Glebe.  Secondly, a massive congratulations and well done on winning the league and gaining promotion,” said Smith.

“After coming close last year they have blown the league away this year and are deserved champions.

“I have a lot of time for their manager Woody (Adam Woodward) and chairman (Rocky McMillan), I hope they smash the league above also.

“As for ourselves, I know we have under achieved and we are all disappointed in not affecting the title race. The table doesn’t lie and we deserve to be where we are so I’ve got no complaints at all.

“For a club with no budget I feel we are still one of the best sides in the league but we haven’t been nowhere near consistent enough. I’ve had to ring the changes in the starting XI far too much.

“If you turn up with the right attitude at this level that is half the battle won and I’ve had to question the attitude too much this season but it’s not all doom and gloom.”

Smith has reflected on his first season in charge of the club and is looking for vast improvement next season.

“It’s my first season as a manager at this level and I have learnt plenty myself,” admitted Smith.

“I will be staying as manager next season.   The chairman wants me to and we both have big plans on how to do better next season.

“Lydd is in mine and my family’s heart and all I can promise is I will work even harder to bring back the good times to my beloved club.

“Lastly, I would like to say thank you to each and every fan that has watched us this season and I hope to see you all next season.”

Chisleshurst-based Glebe, meanwhile, have collected 88 points from their 34 league games and complete their campaign with a home game against Orpington next Tuesday, 25 April.

Rusthall are also promoted having completed their campaign the previous weekend with 80 points – which is their best ever campaign at this level of football.