K SPORTS’ first team manager Kris Browning says he is very pleased that Cobdown has been given the go-ahead to be rebuilt.

The club made their Kent Invicta League debut last season under the name of APM Contrast – the club were formed under the name Aylesford Paper Mills in 1919 and have had many name changes since – but have branded themselves as K Sports this season. 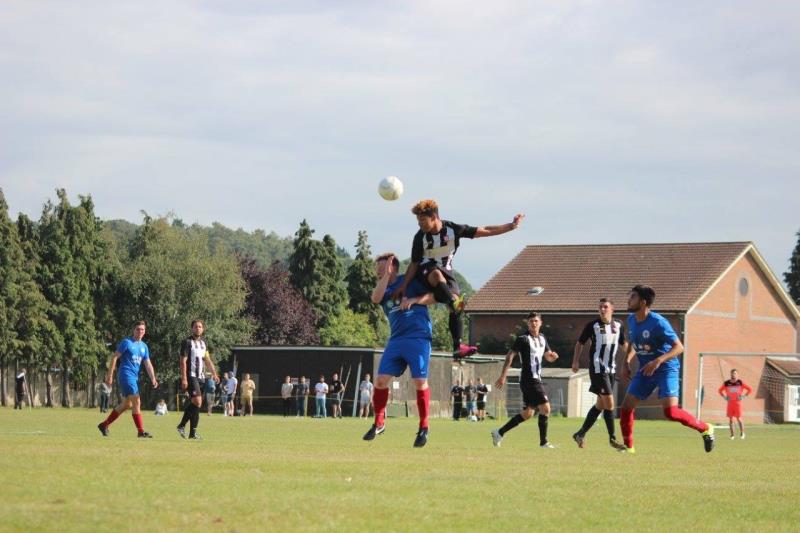 The football club runs without a playing budget and finished in a respectable top six finish last season under Browning’s guidance.

K Sports run an Academy which is run by Darren Hare and Andy Hessenthaler, current managers of Hastings United and Leyton Orient respectively and the pair were at Gillingham and Dover Athletic together.

The team are now playing away from home while the new artificial playing surface is installed and the organisation askes for patience during this time.

“Thursday marked a momentous occasion for K Sports, when lots of hard work came together and we were granted permission to start the redevelopment of Cobdown,” said a K Sports statement.

“These kind of applications are often very complex and tricky but with a clear vision for Cobdown outlined at our hugely successful open event in June, the public response has been overwhelming and propelled the project’s momentum.

“There’s a huge outcry for an outstanding facility in the heart of the county and thanks to the support of many people, we can now get on with writing the next, extremely exciting, new chapter.

“Cobdown’s transformation into one of the most modern and well-constructed sports facilities in the South East begun months ago. With a brand new bar facility and work being down to enhance several elements of the site, hundreds of visitors have already commented on the difference – and it’s barely the start!

“Now we have been granted permission, work can start on constructing our first floodlit stadia-style 3G playing surface for football, a floodlit sand-dressed surface for hockey, netball and other sports and a new squash centre that will include a glass exhibition court.

“This means we will be able to offer our current clubs – whilst welcoming many new ones – to enjoy their sport and physical activity on an elite standard surface. With quality facilities as our foundation, we predict K Sports can have a hugely beneficial impact on people’s relationship with sport and all the social, health and physical benefits synonymously attached.

“The new artificial grass pitches will be available to local teams and community groups from Monday to Friday and used for matches and training at the weekend. For those who have popped by to enjoy the lovely summer days and evenings with us over the last few months, you’ll have already witnessed the amount of potential we have against our beautiful back drop in Ditton.

“We cannot wait to finally meet the demand in Kent for a facility like this, welcoming more new faces and creating a diverse and engaging hub for sport in the county.

“We have overcome many obstacles to reach this point and without the support of Tonbridge & Malling Council, Kent Football Association, local schools and clubs and the relevant NGBs we may never of got here – thanks to all those involved.

“If you’re yet to pop down to K Sport for a visit, you are certainly very welcome to, you don’t have to be a member.

“Over the next few weeks the changes will be drastic and potentially daunting to some. That’s natural for any development with the dramatic vision and vast support K Sports has accumulated. Patience is required. The prize however, will be well, well worth the wait!”

Browning’s side are presently sitting in ten-place in the Southern Counties East Football League First Division table after winning one, drawing two and losing one of their first four league games of the season.

The Paperboys suffered their first defeat of the season, going down to a 3-0 defeat at Orpington yesterday.

Browning said: “We’re slightly unlucky but we gifted them two goals and they were an well-organised team, whom have improved from last season.”

Browning says he is very pleased that the facilities at Cobdown will be improving, but that will mean the Paperboys will be playing away from home during the works.

He said: “We are very pleased to get the go-ahead to rebuild our ground. It has been promised to me for the past four years and there were times I never thought it would happen, but since the appointment of two new chairman in Phil Hudson and Paul Atkins the club has gone on from strength-to-strength and the two have worked hard with the K Club Organisation in regards to getting us a great venue.

“We would like to finish as high as we can but with 12 away games on the trot we know it will be tough but the lads and all around the club are looking forward to our new ground and new future at K Sports at The K Sports Club.”

Browning takes his side to Sutton Athletic tomorrow. Ben Young’s side sit in the top four with three wins and a couple of defeats and will be challenging Glebe for the league title this season.

“Tomorrow we are away to promotion favourites Sutton, but we should have four or five players back to bolster us and the lads are up for getting things back on track after yesterday’s game,” added Browning.