Hawkinge Town appoint Scott Porter: I live in the village and I cannot wait to get started on my new project

HAWKINGE TOWN have pulled off a coup by appointing Scott Porter as their new manager.

The Pavilion Road club are rooted to the bottom of the Andreas Carter Kent County League Premier Division table, having collected two points from their opening nine league games and have conceded 60 goals in the league. 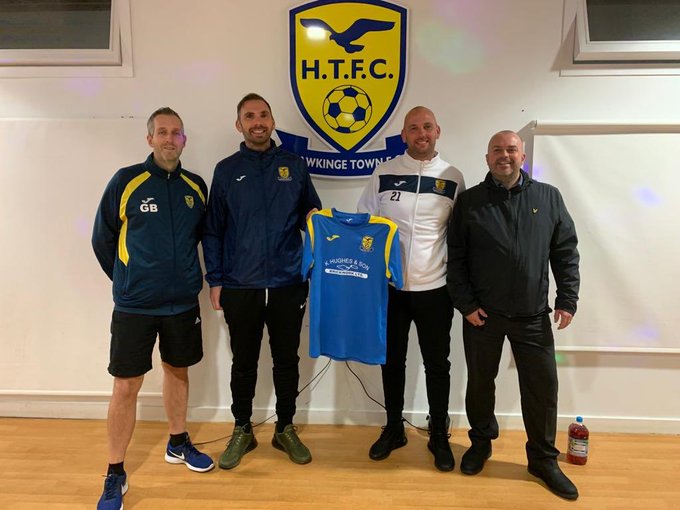 “We are delighted to announce the appointment of Scott Porter as our new first-team manager,” said a club statement.

“Scott will be joined by brother Dan as his number two. The pair will take over first-team matters after this weekend’s game at Otford United where Gary Brazier will continue in his temporary role.”

Porter brings a wealth of managerial experience with him, having managed at Hythe Town for five years, where he took the club from the Kent League to the Isthmian League Division One South, as well as achieving an incredible journey in the FA Cup, taking the club to the First Round in 2010, where they lost 5-1 at Hereford United.

The Cannons became the first Kent League club to reach that stage of the competition for 53 years’.

Following that Cup run, Hythe Town sealed the Kent League title and with it promotion to the Isthmian League, where they finished a respectable eighth-place in their debut season.

Porter also won the Kent Senior Cup by winning at Dartford, after causing upsets against Ebbsfleet United and Dover Athletic en-route to winning the showpiece Final at Princes Park.

Hythe Town finished in the play-off zone by finishing in fourth-place in 2013 and secured a top-eight finish in his last season in charge of the club in 2014.

Porter followed this achievement by taking over the reins as manager at Whitstable Town FC in 2016, where he won promotion to the Isthmian League and also won the Kent Senior Trophy and Southern Counties East Football League Challenge Cup.

More recently, Porter moved role to director of football at The Belmont, however, Porter now wants to test himself once again in the dug-out in the eleventh-tier of English football.

“I’m looking forward to my new challenge along with working with my brother and people who share the same drive as me,” said Porter, who replaces Did Williams.

“My aim will be to get Hawkinge Town FC to the next level. It’s my local club, it suits my lifestyle regarding work and my son’s football.  I live in the village and I cannot wait to get started on my new project.”

Hawkinge Town were humiliated in their last two games.  They were thrashed 13-2 at Guru Nanak in the Kent Intermediate Challenge Shield before suffering an embarrassing 18-1 home defeat to Staplehurst Monarchs United in the league last time out.

Brazier and James Everitt will take charge of the team for Saturday’s trip to Otford United (2:45pm)

The O’s have re-appointed Ricky Tompkins and are one place immediately above Hawkinge Town in the league table, having picked up three points from eight games.

Porter’s first game in charge of Hawkinge Town will be the following Saturday, 2 November 2019 (14:45) when he takes his home-town club to Lordswood Reserves in the Bill Manklow Inter-Regional Challenge Cup.