It's nice that we're up there competing, says Greenwich Borough boss Gary Alexander

The Borough defeated Hythe Town courtesy of Mohamed Eisa’s strike fourteen minutes from time on Tuesday night to remain in the top four in the Ryman League Division One South table. 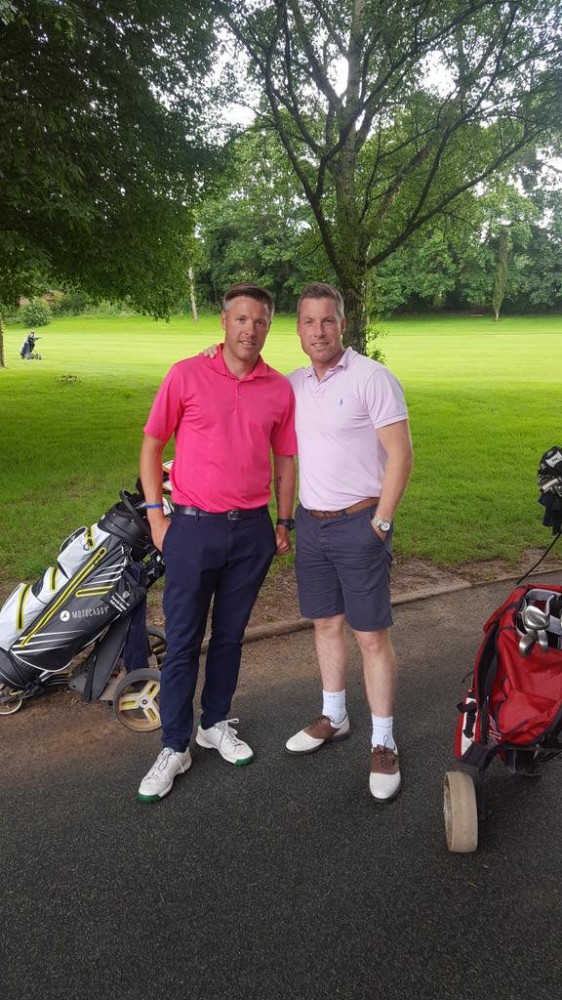 Gary Alexander (left), who was pictured beside Millwall manager Neil Harris playing golf in the summer, has taken charge of 63 games for Greenwich Borough and has a record of 39 wins, eight draws and 16 defeats in League and Cup competitions.

Tooting & Mitcham United remain at the summit following their impressive 4-1 win at Cray Wanderers on Wednesday night.  Wands manager Tony Russell admitted his side were out of the promotion race as they’re in tenth-place in the table.

Dorking Wanderers are three points behind Tooting & Mitcham United on 77 points and the top two have 11 league games left.

Peter Adeniyi’s Carshalton Athletic are third on 67 points from 36 games, followed by Greenwich Borough (66 points from 34 games) and Hastings United’s five wins and five clean sheets on the bounce has taken them up to fifth-place on 64 points.

Ray Turner’s Faversham Town arrive at the DGS Marine Stadium in ninth-place on 56 points, with 12 games left to play.

“I’m expecting another tough game, like every game,” said Alexander.

“Faversham are still fighting in there.  They still have one eye on still trying to make the play-offs and hoping to close the gap by taking three points off us on Saturday so we’ll take nothing for granted.

“I’ve seen them play, they’re a good side and we have to be on our game to match anyone in this league, otherwise if you’re not you get beat.

“We’ll just take every game as it comes starting on Saturday and make sure that we prepare the boys right.

“I’m lucky to have 16 good lads who are willing to do that and we’ve said that with 12 games to go we have to do that every week to fight it out and show that passion and desire for the three points.

“We’ve just got to keep winning and see where it takes us.  A lot of managers have said it’s a tough league this season and they’ve all said how strong it is and it will probably be record points getting in the play-offs this season.  There’s still a lot of teams still able to get in there. It’s nice that we’re up there competing.”