RELEGATED Greenwich Borough have confirmed that they will be playing their home games at Phoenix Sports next season.

The club were evicted by their landlords on the last game of the season due to not paying their rent and have secured a groundshare deal at the Mayplace Road East ground in Barnehurst. 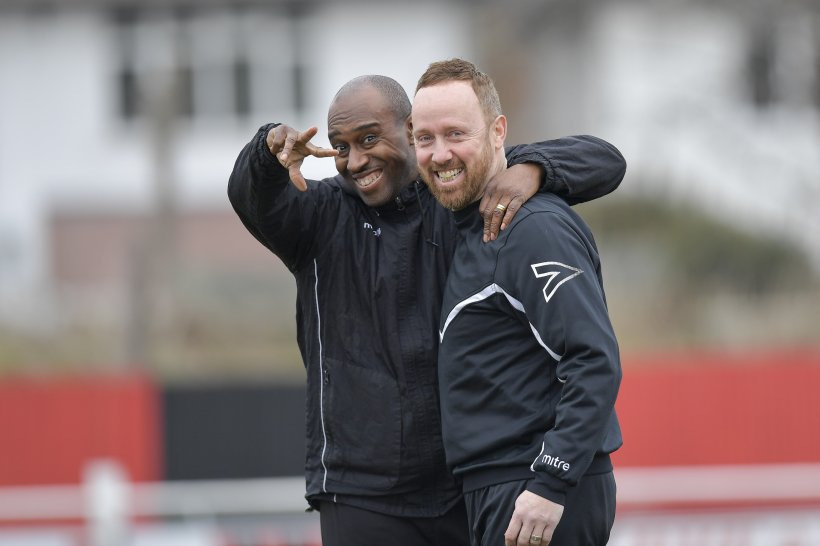 Greenwich Borough return to the Southern Counties East Football League Premier Division next season after finishing bottom of the Bostik South East Division after three seasons at that level.

“The club would like to thank all the players and management team who assisted the club this season,” said a club statement that was posted on www.greenwichboroughfc.co.uk.

“It has proved to be a very difficult season for the club with interruptions that affected the club and staff from focusing on football.

“It is unfortunate that the club dropped to Step Five but after a turbulent series of events a drop was inevitable the club had dealt with too many issues behind the scenes.

“Thank you to the Isthmian League and we hope to build a good relation with the League officials in the Southern Counties East Football League.

“We would like to thank Phoenix Sports for agreeing our groundshare for season 2019/2020 and hope to build good relations with the club.

“There are a number of issues that the club have faced that at the time we cannot pass comment and further statements will be issued when we can.”

Joint-managers Steve O’Boyle and Steve Sallis have both left the club after failing in their attempt to keep the club up against all odds.

The pair were in charge for 15 games and won three, drawn five and lost seven games but it was a three point deduction that sealed their fate, as Guernsey maintained their league status by finishing three points clear of the Borough.

O’Boyle said: “I would like to wish Greenwich Borough all the best for the future.  For me though it’s time to move on.  Thank you for the opportunity.”

The club statement added: “We thank Steve O’Boyle for his time with Greenwich Borough.  He brought qualities to the club that were missing and the job at hand was a tough one. We wish him every success for the future.

“A special thank you for Steve Sallis, who came to the club and has done nothing but great things. He has been a massive support both on and off the pitch for players and backroom staff.

“Thank you to Huseyin Torgut who has been with Greenwich Borough for over five years and his commitment to club has been great, even when he has moved on his career (with Dover Athletic) he has always remained a strong support to the club.

“We thank Michael Staggs and all the backroom staff we have supported the club and hope that we continue the journey into the Southern Counties East Football League.

“Thank you for the supporters of Greenwich Borough FC and also from other club’s who have supported the club this season your support has been great and hope to build on this for the new season ahead.”

“We would like to introduce Benjamin Kotey as the new Greenwich Borough manager,” said the statement.

“He has been great support for the club and believe he has the right team in place to take the club forward.

“Steve Pascal will bring the club forward as chairman.  The club would like to welcome back Nicolas Skinner as a club ambassador and advisor his role will commence in the upcoming season.”