Everything is in place to take the club to the next level, says Gravesham Borough boss Kevin Hake

NEWLY-APPOINTED manager Kevin Hake says he will bring an exciting brand of football to Gravesham Borough next season.

The 39-year-old took charge of the Kent Invicta League club last Friday after taking over from Grant Duff. 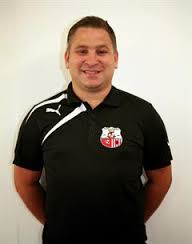 Hake took charge of Sheppey at the beginning of the 2013-14 season, finishing second in the Kent County League Premier Division, which sealed the club promotion into the Kent Invicta League.

Hake surprisingly parted company with the club in March 2015 with the team in third-place, before the Ites had to settle for a fifth-place finish with 57 points from 30 games, finishing 24 points adrift of promoted champions Hollands & Blair.

“I’m really delighted to take up the position of manager at Gravesham Borough in the Kent Invicta League,” said Hake.

“After talking to the board they highlighted their intentions for the club over the forthcoming years, which matches the ambition of both myself and my backroom team.

“Everything is in place to take the club to the next level and these are exciting times to be a Boro’ fan.

“I am looking forward to working with all the existing squad of players, as well as adding a few where necessary.

“However clichéd as it sounds, I must highlight it will not be a case of what have you done? It will be what can you do for this club?!

“A good work ethic is essential, coupled with playing at a high tempo, creating an exciting brand of football that will make all our games worth coming to see.

“I can’t wait for the season to start!”

The club have previously been known as Bowater Thames, Bowaters, Bowater Sports, Bowater Scott Sports & Social, Scott Sports and Social, Beauwater and Fleet Leisure since their formation back in 1927.

The highest that the club has ever finished was when Lee Richmond guided Fleet Leisure to fourth-place in the Kent Invicta League during season 2012-2013.