Glebe is a shining example of the modern day urban London club, the young players are told from day one that if they are good enough, the skies the limit at this football club, says chairman Rocky McMillan

GLEBE chairman Rocky McMillan spoke of his pride that another former youth player at the club became Millwall's second youngest player to play for the Lions'.

Striker Zak Lovelace, 15, was an injury-time substitute for scorer Tom Bradshaw, as Gary Rowett's side came away from Coventry City with a 1-0 win in the Championship tonight - in front of a crowd of 18,500 - wearing the number 49 shirt.

Aged 15 years and 340 days, Lovelace is 100 days older than Millwall's youngest-ever player, Moses Ashikodi, who made his debut in February 2003.

“Zak was prolific as an under 13 in helping Glebe win the Kent Youth League that season,” said McMillan, the chairman of the Chislehurst-based Southern Counties East Football League Premier Division club.

“We are delighted that Zak has achieved so much at such a young age (pictured, below, right, courtesy of Glebe FC). 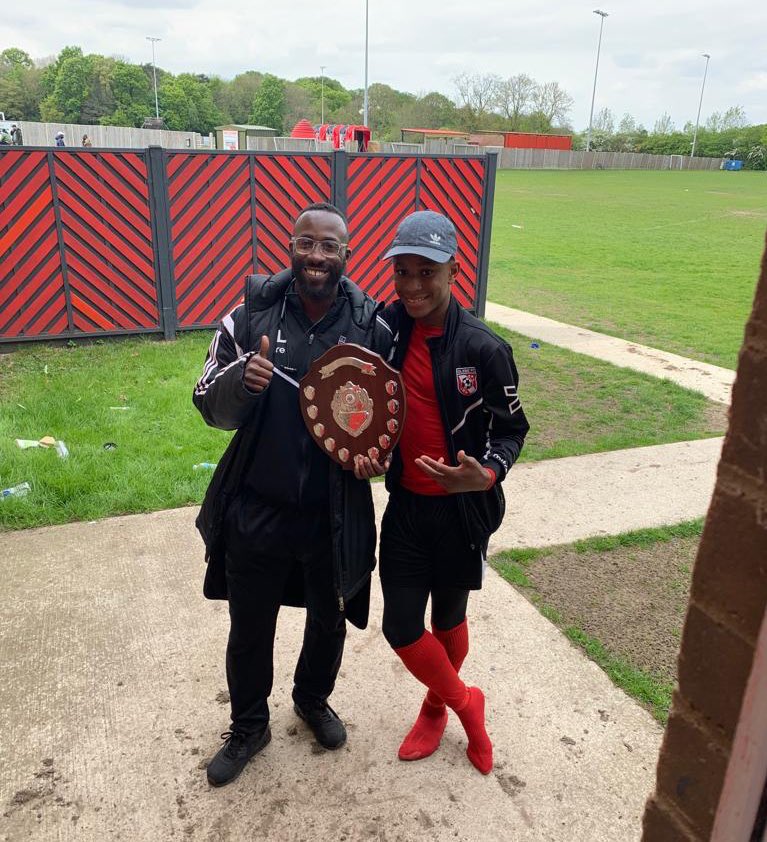 “He joins a growing number of top young players who have spent their formulative years at Glebe and will go on to become household names.

Lovelace scored 26 goals in 15 appearances for Glebe in their Kent Youth League title winning campaign during the 2018-19 season.

The most famous player to come out of Glebe is current Arsenal and England attacker Emile Smith Rowe, 21 and centre-half Ethan Pinnock, 28, is also excelling in the Premier League for Brentford, having also played non-league football for Dulwich Hamlet and Holmesdale on loan at the start of his career.

“We now have players who have played at every division in the pro-game in England,” added McMillan.

“It’s down to the unsung heroes, the managers, coaches, groundsman, mums and dads that give the youngsters a chance to shine.

“Glebe is a shining example of the modern day urban London club, the young players are told from day one that if they are good enough, the skies the limit at this football club.”

McMillan is in negotiations with Millwall about their under 23 side visiting Foxbury Avenue for a pre-season friendly next summer.

Meanwhile, Harry Hudson’s current Glebe side are in fourth-place in the Southern Counties East Football League Premier Division – the ninth-tier of English football – and they travel to Gravesend to play Punjab United on Monday 3 January 2022 (15:00) – before playing another struggling side in Welling Town at Foxbury Avenue on Saturday 8 January (15:00).