Fisher fans asked to fund £20,000 playing budget: As club attempt to bounce back into the SCEFL Premier Division at the first time of asking

FISHER fans have been asked to contribute towards Dean Harrison’s playing budget next season.

Harrison pleaded with the club to give him £100 to sign a striker to help maintain the club’s Southern Counties East Football League Premier Division status but the club failed to come up with the funds and the club suffered relegation along with Erith & Belvedere. 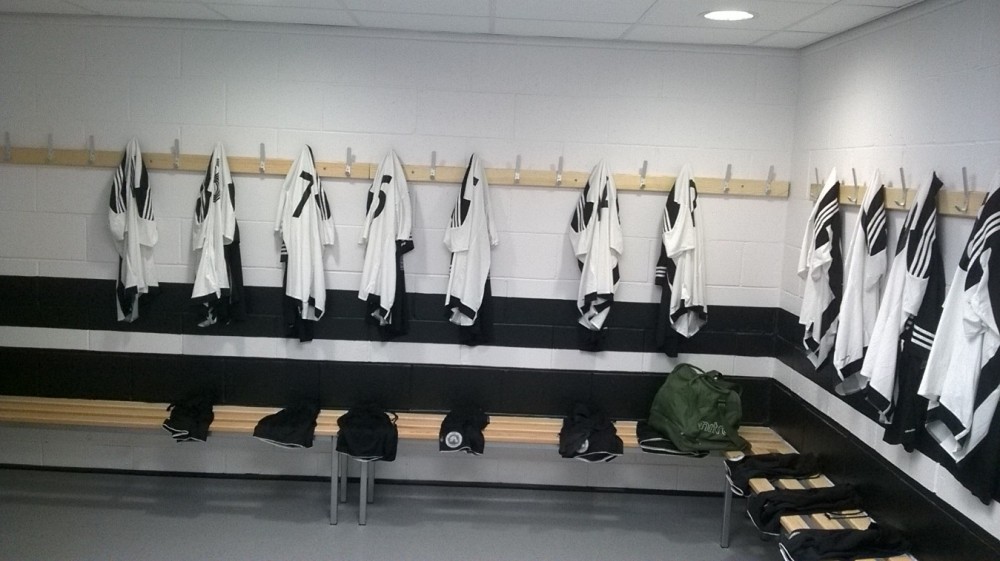 Fisher have appealed to fans to help contribute
towards the £20,000 playing budget for Dean Harrison,
who suffered relegation from the Southern Counties
East Football League Premier Division without a
playing budget last season.
Photo: Stephen McCartney

Both clubs will be playing in the tenth-tier of English football – the Southern Counties East Football League First Division – next season and the club have asked fans to help raise £20,000 to help win promotion at the first attempt.

Newly installed membership secretary Joe Arif told www.fisherfc.org: “Relegation has had a sobering effect and it’s hit home that for the club to remain competitive the current model needs some tweaking.

“We’re keen to remain democratic and supporters owned, continually safeguarding the future of the club we all love, but for this to remain viable we must increase the revenue streams and see the profit and loss sheet back in the black.

“We want to cheer on a competitive team led by Dean Harrison as we attempt to bounce back into the SCEFL Premier Division at the first time of asking.

“In order to do this a playing budget is paramount.  Placing the club in a sea of debt is not an option so we see a crowd funding exercise as the best way forward.

“If 20 people commit to £20 a week we would accumulate a £20,000 playing budget. It would represent a massive step forward for Fisher.”

Interim co-chairman Simon Shipperlee is also the club’s financial director and know better than most the impact the 12th man fund could have.

“As fans and indeed part-owners of Fisher, we are all aware of the difficulties of competing without a playing budget have caused,” he said.

“The work that Dean and his coaching staff put in after re-joining the club was nothing short of transformative but unfortunately we fell just short of safety.

“The board has had many discussions around the importance of the financial stability of the club, especially given where we have come from in the past, which left some very difficult decisions when it came to a playing budget.

“The 12th man fund offers a great solution to the problem with the owners of Fisher FC, each one of us as supporters, taking the initiative to raise funds to ensure that Dean can keep together the fantastic squad who gave their everything for the badge and for the fans.”

The club returned home to Rotherhithe last summer but the team won seven of their 38 league games and 28 points were not enough to keep the club in the division as bitter rivals Beckenham Town splashed the cash when it mattered and stayed up on 29 points.

“We were all delighted to see the Fish return home last summer and St Paul’s Community Sports Ground is a fantastic venue,” said Mr Arif.

“Everyone is desperate to see Fisher crack on and get back to former glories but no one has a magic wand to make that happen. Hard work, drive and commitment is what’s needed.

“Members, who are effectively the club owners, must share in that responsibility and we cannot leave it to the next person.

“It’s up to us and only the committed and loyal fan base to see this project through.

“We already have five people committed to the scheme which is fantastic news and a great start. I realise not every budget will stretch to £20 per week so the initiative will start at £5 per week and everyone who joins the scheme will automatically have their membership renewed, alongside a season ticket for next season thrown in for good measure.

“I’ve received assurances from the board that every penny raised from the 12th man fund will be available to Dean Harrison.

“The boys did us proud and who will forget the amazing 10-1 victory on the last day of the season.  Let’s get behind the lads and repay some of that faith so we can crack on.”

To get involved, please email Joe.arif@hotmail.com.