The pair will take over with immediate effect with interim coach Clive Walker handing over before Saturday’s trip to struggling Greenwich Borough. 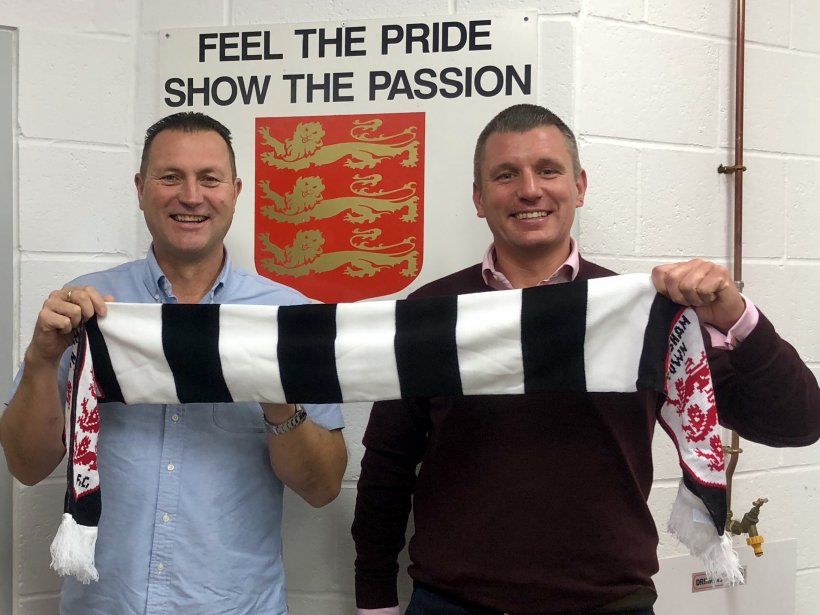 Chapman, 43, played for Millwall in the second-flight and Leyton Orient in League Two and also played for Dover Athletic, Folkestone Invicta, Welling United, Hastings and Cray Wanderers before moving into coaching.

Chapman coached at Ebbsfleet United, with a spell as assistant manager at Braintee Town.

Miles played for Faversham Town as a centre-half between 1998-1992 before spells at Herne Bay, Deal Town, Chatham Town and Slade Green.

He coached Chatham’s first team between 2005-07 and then joined up with Chapman at Stonebridge Road, where the pair helped mastermined Ebbsfleet’s successful Academy set-up.

“We’re absolutely delighted to be given the chance to take the team forward,” Chapman told www.favershamtownfc.co.uk.

“We’ve got ideas we want to implement. It’s a fantastic opportunity, the timing’s right, we know this level well and it’s great to have the chance to make a difference here.

“We’ve got to be fair to the players. We’re not going to come in and make wholesale changes. We’re going to look at things and see what we think it right and wrong, and go from there.

“We’re going to be open and honest and work as hard as we can and we’re looking for the players to do the same and hopefully it will come together.

“We want to breed home-grown players who can pull on a Faversham Town shirt and move this club forward and upwards.”

Miles added: “It’s an honour to manage my home town club and the club I played for. It was a great opportunity that came up, and it’s no secret that this team mean a lot to me.

“Without getting too carried away, Danny and myself are ambitious, as are Faversham Town. We want to be part of helping the club to move forward on and off the pitch.

“Every player is going to be given the opportunity to show what they can do, that they want to be here and that they are as committed as we are.”

The pair were chosen from a number of strong candidates after a rigorous selection process following Ray Turner’s resignation on Monday 15 October 2018.

Chairman Paul Bennett said: “I’m really that Phil and Danny have agreed to take up roles as joint managers.

“I’m excited by their energy, positivity and dynamism. They have come here with a three-year plan which fits in with our philosophy as a club and are determined to make it work.

“They work very well together as a team and have plenty of experience between them at this level and higher, along with an understanding of the club itself.

“I also particularly like their commitment to youth. We believe they are the right team to take Faversham Town forward.”

Walker, meanwhile, was in temporary charge for four games, losing 4-2 at home to Haywards Heath Town, beating Guernsey 2-1 at Salters Lane, before losing 4-1 away to National League side Bromley in the Kent Senior Cup Second Round, before they suffered a 5-2 defeat at VCD Athletic last Saturday.

Faversham Town are currently in fourteenth-place in the Bostik South East Division table, having collected four wins, two draws and six defeats in the league so far this season.