James Collins is exactly the sort of progressive manager that we want at the club, says Faversham Town chairman Paul Bennett

The former Chatham Town boss has brought in former Ramsgate manager Nick Davis as his assistant manager and Brad Sandeman as first-team coach. 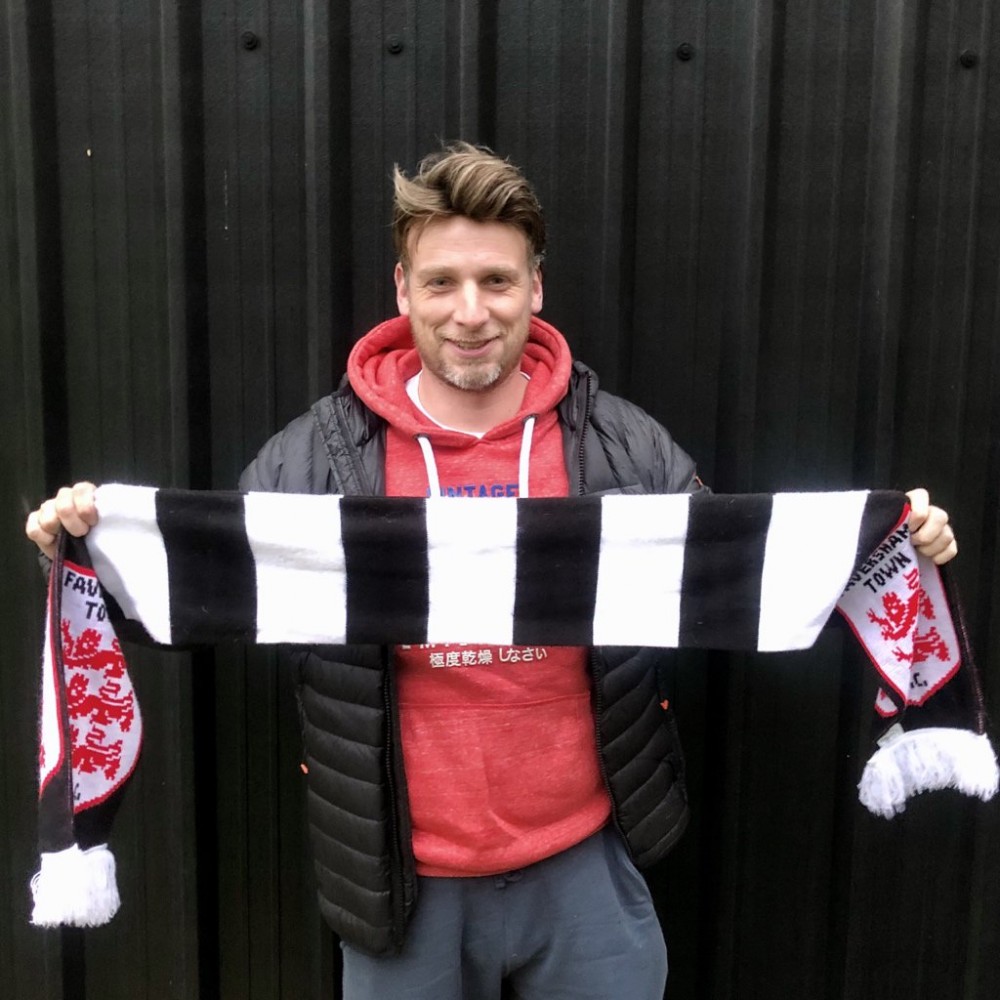 The trio watched from the stands as Faversham Town came away from bottom side East Grinstead Town 1-0 this afternoon.

The Lilywhites were under the guidance of caretaker manager Clive Walker for their past two games after parting company with joint-managers Danny Chapman and Phil Miles on Wednesday 23 October 2019.

Faversham Town sit in thirteenth-place in the Isthmian League South East Division table with 13 points (four wins and a draw) from 11 games and the Salters Lane faithful can now look forward to watching better entertaining football now Collins is in charge.

Collins, 36, was Chatham Town’s manager for two years before leaving at the end of September and has been replaced by former Forest Green Rovers assistant manager Scott Lindsey.

Highly-rated Collins, who beat off competition from more than 20 applicants, is excited with his new project.

“I’m excited to be at the club and can’t wait to get started,” Collins told www.favershamtownfc.co.uk.

“I’ve devoted a great dal of time to the game and work tirelessly to progress the club on and off-the-pitch.

“I spend my spare time watching football and have built up a network of contacts and players.

“I consider myself to be a very hardworking, ambitious manager and believe I am a good man-manager and motivator.

“I also like to play attractive attacking football and have always built teams with and eye on the future and within any restraints given.

“I was looking for an ambitious club that matches my own ambitions, so that we can progress together over the coming years and I believe the future here can be a very exciting one.”

Faversham Town chairman Paul Bennett added: “We’d like to welcome James, Nick and Brad to the club and look forward to working with them.

“James has had a successful couple of years at Chatham Town and is exactly the sort of progressive manager that we want at the club.

“He’s as ambitious as we are as a club and we were impressed by the plans he has to take the club forward.

“Nick Davis is a former player here who has managed at this level himself and brings a wealth of experience and contacts to the club.”

Collins takes charge of Faversham Town for the first time at Phoenix Sports on Tuesday 12 November (19:45) for a league game.

Paul Bryon’s side are in sixth-place in the Isthmian League South East Division table with 15 points from 10 games, a point below Herne Bay, whom are in the play-off zone but Phoenix do have a game in hand.