DULWICH HAMLET’S new stadium has been approved by Southwark Council at a make-or-break meeting last night.

A statement from the Vanarama National League South club said: “The club is delighted to announce that its joint application with Meadow Residential to provide much needed new housing and a new stadium for the club was approved by Southwark Council planning committee. 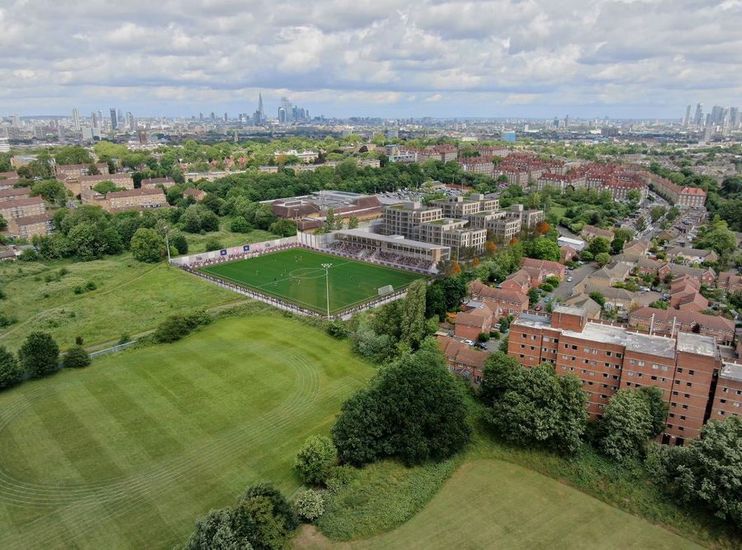 “The decision by the council will secure the club's immediate and long-term future at a new and secure home in East Dulwich (pictured above, Photo: Dulwich Hamlet FC).

“The club would like to thank all members of the planning committee for their diligent assessment of the application and all the council officers who have worked so hard with the club to bring this development to fruition.”

The new stadium will be built behind the current stadium at Greendale Playing Fields, while the current Champion Hill Stadium, which was opened in 1992, will be replaced by housing.