Dulwich Hamlet's future is at risk: Help support this great club and Support Our Stadium campaign

DULWICH HAMLET’S future is at risk.

Crowds at the Ryman Premier League club have increased by 600% in recent years and the club has become a shining example of how to use the power of football to do good in the community and on national causes. 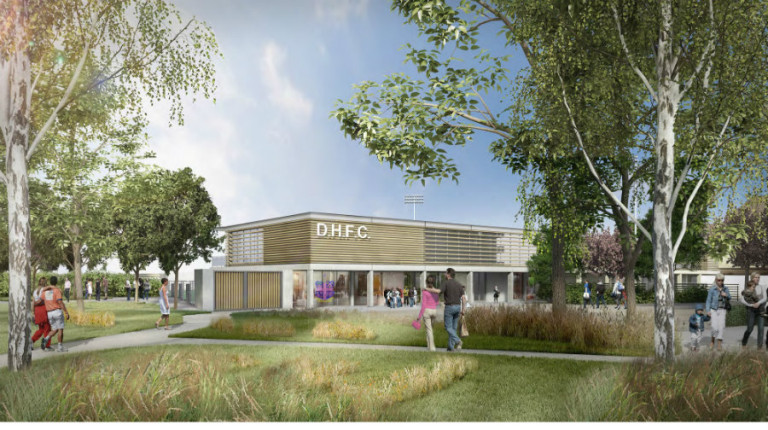 Volunteers at the Champion Hill club were deservedly recognised at the Southwark Civic Awards in 2016, as they received the Liberty of the Old Borough of Camberwell.  There was further evidence of the good work the club does in the community at the Football Foundation National Game Awards in May 2016 as the club was awarded the title of Community Club of the Year.

However, all this good work could be put in jeopardy by Southwark Council’s refusal to take a decision on the proposed redevelopment of Champion Hill Stadium and associated amendments to the covenant.

The club is severely in debt and the redevelopment will allow debts to be cleared, the club to be put into fan ownership to protect its future and a new ground to be developed that will benefit the club, community and local schools.  Without this, then the future of this great 124-year-old club is at severe risk.

The Dulwich Hamlet Supporters’ Trust (DHST) is one of the largest community groups in the local area (membership is over 270).  Members of DHST overwhelmingly backed the scheme last year - 94% of members voted in support in a poll.

Alex Crane, the new Chair of the Dulwich Hamlet Supporters’ Trust said in a statement: “It is imperative that the Planning Inspectorate understands the wide backing that this scheme has from the community.

“We feel that at present too many people are quietly supportive and the small number who object to the plans are shouting louder.

“The chance of the redevelopment being approved and therefore the future of our club being put in severe jeopardy, will be put at risk if supporters and the local community more broadly do not act to back the scheme.  We urge you to take action now – support our stadium.”

Supporters of the scheme have until 7 March to make their views heard to the Planning Inspector.  For further details, please visit http://dhst.org.uk/support-our-stadium.

“I would encourage supporters of all clubs in Kent and neighbouring counties to write in and support the redevelopment of Champion Hill,” he said.

Stephen McCartney, 40, the founder and editor of www.kentishfootball.co.uk since June 2003, added: “As a lifelong Bromley fan (since 1989), Dulwich Hamlet were our main rivals when I was growing up and both clubs supported each other when they needed help with groundsharing, although as in all local rivalries, you wanted to beat each other come three o’clock on a Saturday afternoon!

“Shame on Southwark Council for not supporting one of their own.  It’s devastating that the future of the great Dulwich Hamlet Football Club is at risk and the Council need to look at themselves and do more to support a football club that has given its fans highs and lows over the years.

“The club is more than a football club and brings people together – and they play some decent attractive football on the pitch too!

“One day soon, I would like Bromley and Dulwich Hamlet – two great non-league giants – to lock horns in the National League.  I urge my readers to support The Hamlet in their hour of need. and to visit to the DHST website to lend their support."