Everyone associated to Bridon is looking forward to the challenge and being involved in The FA Cup, says manager Mark Murison

BRIDON ROPES manager Mark Murison says everyone at the club are looking forward to their FA Cup debut on Saturday. 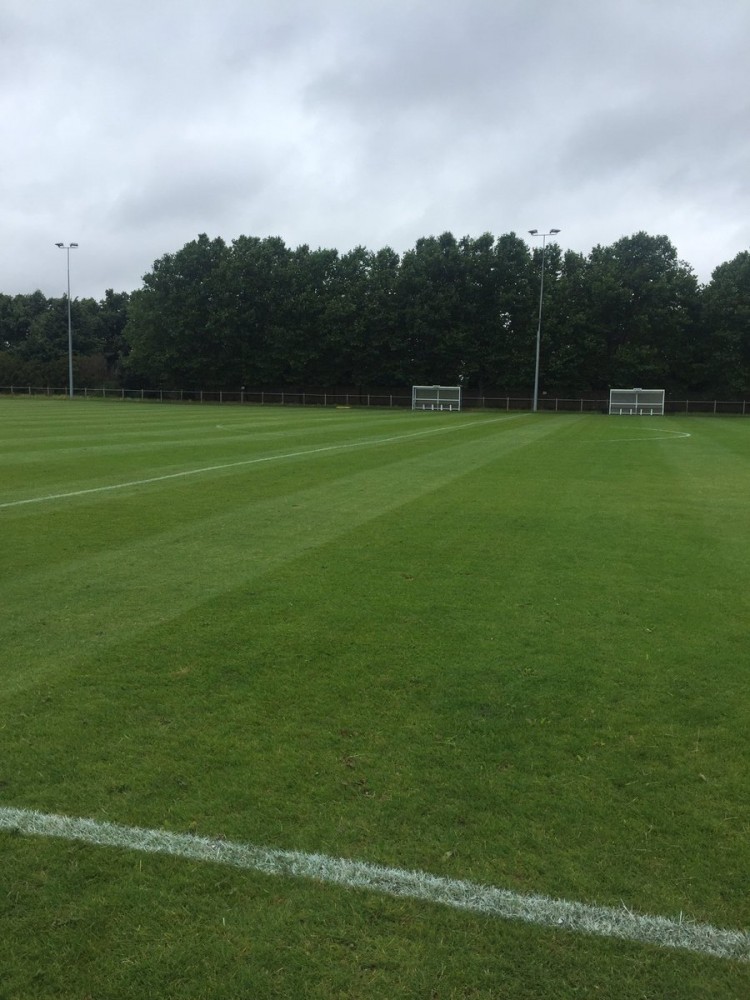 FA CUP DEBUT: Meridian Sports & Social Club in Charlton stages it's first ever FA Cup tie when Bridon Ropes play Canterbury City on Saturday.  The groundsman there is Tony Provan, who worked at Gillingham's Priestfield Stadium just over a year ago

Canterbury City finished their campaign in the top eight last season while Murison guided Ropes to a top five finish in the Kent Invicta League in his first season in charge.

“The only one thing to say about last season, it was the building stage,” said Murison.

“When we took over it was not good enough for what our aspirations were and we needed to build a team and squad that could compete at the top of the league.

“We had a great run from mid-season and ended fifth which was a great achievement.”

Murison also guided the club to the semi-finals of the Kent Invicta League Challenge Trophy, where they lost 3-2 to Sutton Athletic at Glebe’s Foxbury Avenue ground in Chislehurst at the end of March.

He said: “It was a shame we missed out on a Cup Final losing in the semi-final but the aims at the start was a top six finish, build a team that can compete with the top teams of the league, build better links between the youth section and first team and overall be in a position to push on for this upcoming season. All of this was achieved so overall we were very happy with the season.”

Both Bridon Ropes and Canterbury City go into Saturday’s FA Cup tie with no league form behind them.

“Pre-season has gone well and the players have been committed and working hard.   I have demanded a lot from them in regards to effort and time and they have all delivered,” said Murison.

“The team has got stronger and we have not lost one player so we are in a better position now than we were at the end of last season.

“I do not particularly like the fact The FA Cup tie is on day one as you would prefer to get a couple of competitive league games under your belt as this game means so much to clubs financially.

“It is what it is though and it is the same for both teams so no excuses.

“Everyone associated to Bridon is looking forward to the challenge and being involved in The FA Cup. For some of my players’ it is their first experience of participating in the competition and they cannot wait to get started and for Saturday to be here.

“Canterbury will be a tough test and play in the league above but the pressure is all on them as they are expected to go through and progress to the next round, so we can enjoy the occasion and make sure we do what we did last year in the FA Vase when we knocked out two higher league opposition which is to work hard and stick to the game plan.

“Unfortunately we do have a few injuries and to some very influential players so we are not at full strength but the fact we have improved so much in regards to the team and squad we will be putting out a strong line-up and one I am confident can win.”

When asked about his aspirations for the season ahead, the Ropes boss replied: “I want to challenge. We finished fifth last year so I want to beat this and with the top two going up anything can happen if you are in and around the top four.

“There are some good teams in our league and it’s always tough to know what teams may be competing until the season kicks off so it will not be easy but we will also be very strong and I believe in my squad that they are good enough to achieve this.”