The chance to manage Ashford was too good to turn down, says Tommy Warrilow

ASHFORD UNITED have unveiled Tommy Warrilow as their new manager after controversially sacking Gary Alexander and his management team via text message at 22:20 on Saturday night.

The Nuts & Bolts are in seventh-place in the Bostik South East Division table with 20 points from 13 games – two points adrift of fifth-placed Haywards Heath Town but felt it was in the club’s best interests to part company with Alexander, his assistant John Mackie and physio Huseyin Torgut.

Warrilow, who served Ashford Town with distinction as a player, has managed Tonbridge Angels, Cray Wanderers and Thamesmead Town during his successful career in the dugout but says the opportunity to return to Homelands was one he wanted to take: 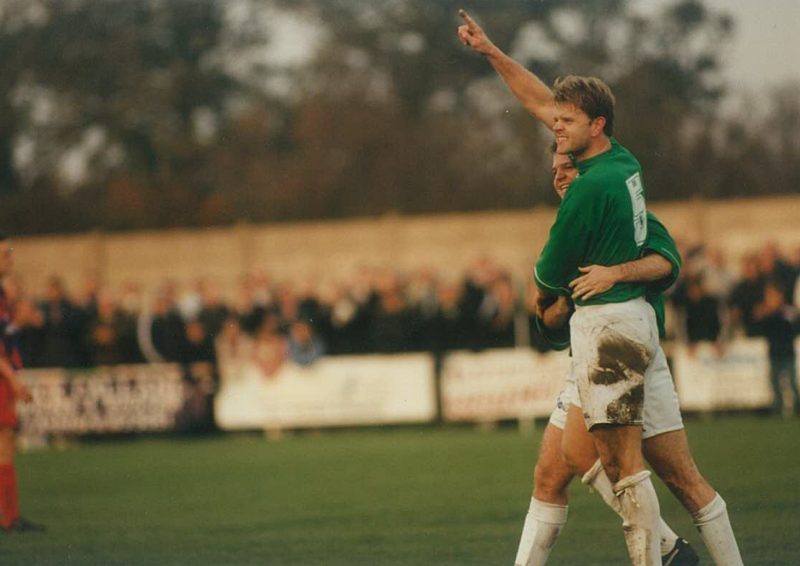 Tommy Warrilow has been unveiled as the manager of Ashford United, where he replaces Gary Alexander, who was controversially sacked by text message on Saturday night.
Photo: Ashford United FC

“The chance to manage Ashford was too good to turn down,” Warrilow told www.ashfordunitedfc.com.

“The club is well respected within non-league circles and I truly believe that some exciting times are ahead with the project the club has in place to build on and off the field.

“As soon as the club contacted me, I spoke to Gary Alexander to discuss the situation and I feel comfortable moving forward. I would like to thank Don Crosbie and the board of directors for giving me this opportunity.

“I look forward to building on the position we are in currently and hope to challenge for promotion at the end of the season.”

Warrilow won promotion to the then Conference South from the Ryman Premier Division during a seven-year reign with Tonbridge Angels.

He then went on to manage Cray Wanderers, where he enjoyed further success. Following his appointment in January 2015, he pulled off the great escape, masterminding 10 wins in a row to avoid relegation.

Ashford United chairman Derek Pestridge is clearly delighted to welcome Warrilow back to the club:

“On behalf of the board of directors, I would like to thank Tommy for agreeing to succeed Gary Alexander as our new manager.

“Tommy is a popular figure, dating back to the Ashford Town days. His name has come up in the past and the demise of Thamesmead Town has allowed us to move quickly to secure his services because many other clubs have also been interested in his services.

“Tommy is impressed by the club’s long-term plans for the future. He will be working with the same budget as Gary and like all supporters, I’m excited to see him back at Homelands.

“Tommy has vast experience, a large network of contacts, and, more importantly, is a very respected figure in Kent football circles.”

During his two seasons as a player with Ashford Town, in 1995/96 and 1996/97, centre-half Warrilow made a total of 90 appearances, scoring 17 goals. During the 1995/96 season, he was a key part of the team that finished as runners-up and earned promotion to the Dr Martens Premier League.

Warrilow was also an influential part of the Ashford Town team that enjoyed famous FA Cup runs under then manager Neil Cugley.

During the 1995/96 season, the club reached the First Round before losing to Bognor Regis Town in a replay. The following season saw the Nuts & Bolts reach the second round, before losing at Watford.

Warrilow will be assisted by his long-term number two Alex O’Brien and will take charge of the club for the first time on Saturday, when they make the trip to fourth-placed side Phoenix Sports.