Danny Lye quits Ashford United: We parted ways as we could not agree on many things, discipline was not one of them

DANNY LYE says he resigned as the manager of Ashford United because he could not agree on many things.

Lye guided the club to the Southern Counties East Football League Premier Division title after seeing off Crowborough Athletic’s challenge by only a couple of points on the last day of an exciting title race. 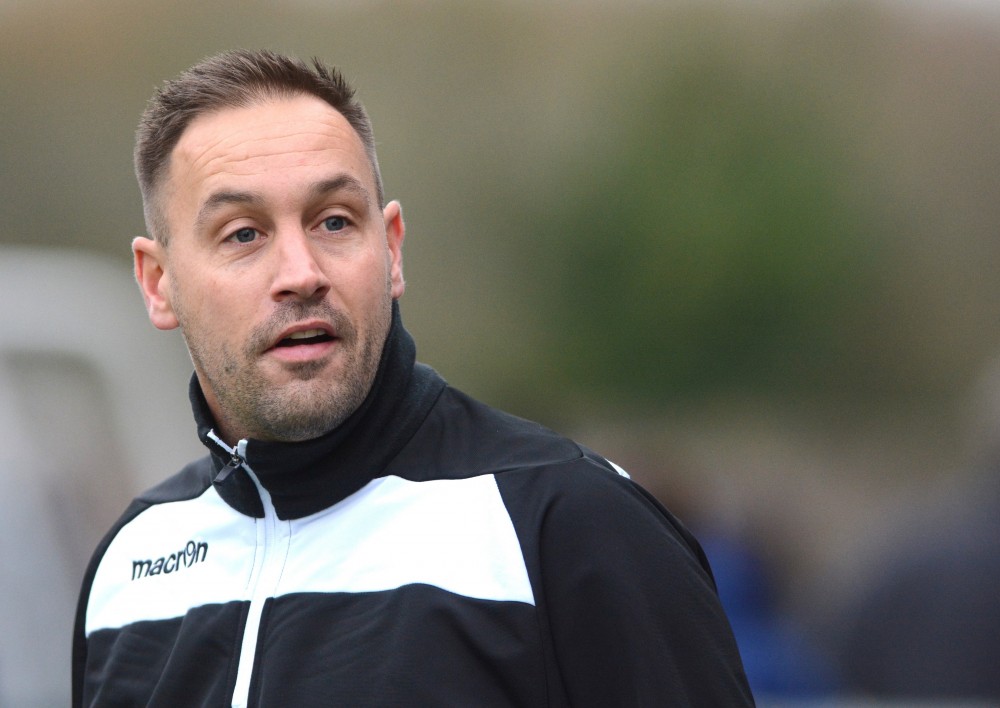 Danny Lye says he is searching for a new club after quitting Ashford United after his playing budget was cut by the newly-promoted Bostik South side.
Photo: Ashford United FC

The club also won the Kent Reliance Senior Trophy after beating their league rivals Cray Valley 2-1 on 9 April, a year after they suffered a hearbreaking defeat on penalties to Sheppey United on penalties after a goal-less draw.

But Lye stepped down as manager after only two Bostik South games, which they lost to both Carshalton Athletic (0-1), followed by a midweek 5-0 defeat at South Park.

“I won’t be making much of a comment other than I had one full season in charge while the club was in turmoil and won the double,” said Lye.

“Myself and the club parted ways as we could not agree on many things, discipline was not one of them.

“The members of the squad that have followed me out have done so on their own accord and I wish Ashford United and the fans all the best for the future and I will wait to see what offers I get as a player, coach or manager.  In the meantime, I will enjoy my family time.”

The club have confirmed that their under 21 manager Jason Whitmore, who has been heavily involved in the youth set-up at the club for many years, will take charge of tomorrow’s FA Cup Preliminary Round tie at Redhill.

He will be working alongside coaches Lee Shearer and Tim McRae, who are also involved in the youth system at the club.

“I have been working hard these last 24 hours to prepare the squad for this weekend and trained with the first team last night with the help of coach Barry Fuller.

“I am looking for us to play football and to get the fans exciting about watching Ashford United.”

Whitmore revealed that he will blood some youngsters into the first team squad, in what is a very tough division.

“It gives the younger lads a chance to impress, especially those who are desperate to play for their local club,” he told www.ashfordunitedfc.co.uk.

“Lee Shearer has also registered as a player, along with Ed Miller, Kieran Bull and Trinnhallen Brisley.

“We will use the senior players as the spine of the team and use the under 21’s to develop around them.”

Whitmore thanked Lye for getting the club up into the Bostik South.

“Thank you to Dan Lye for everything he done for the club, especially last season. Without his hard work we wouldn’t be where we are today, so we are all very grateful.”