I am delighted to be given the opportunity to continue as manager of Maidstone United, says Jay Saunders

MAIDSTONE UNITED manager Jay Saunders has agreed to sign a new contract to keep him at the club until the summer of 2016.

The 36-year-old, who took over in March 2011, has this season guided his team to the top spot in the Ryman Premier League and masterminded the club’s most successful FA Cup run in recent memory. 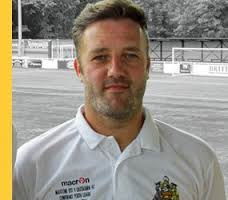 With five games left of this season, he’s agreed a deal to take his rolling contract into a fifth year.

Saunders told www.maidstoneunited.co.uk : “I am delighted to be given the opportunity to continue as manager and had no hesitation in saying yes to another year.

“It’s a pleasure to work for the club and with Terry, Oliver and Bill. They’ve always backed me and I hope to reward them with success on the field to match all the efforts they put in off of it.

“I also want to thank the fans for their continued support. Having stood on the terraces at London Road and Watling Street, I know what it means to follow this club and it’s an honour for me to have gone from fan to player and on to manager.”

Club co-owner Terry Casey is pleased to get the deal tied up with the current season now in its final month.

“Jay is one of the best young managers around and we’re delighted he’s pledged his future to the football club.

“This contract, with improved terms, shows the level of commitment, faith and trust we have in him and it’s in recognition of the high quality leadership and management he brings to the club.”

Saunders takes his side to Harrow tomorrow to play second-placed Hendon, where a win will move them 11 points clear of Gary McCann’s side.