“I’m pleased to announce the re-signing of James Morrish on a permanent basis,” Porter said of the midfielder. 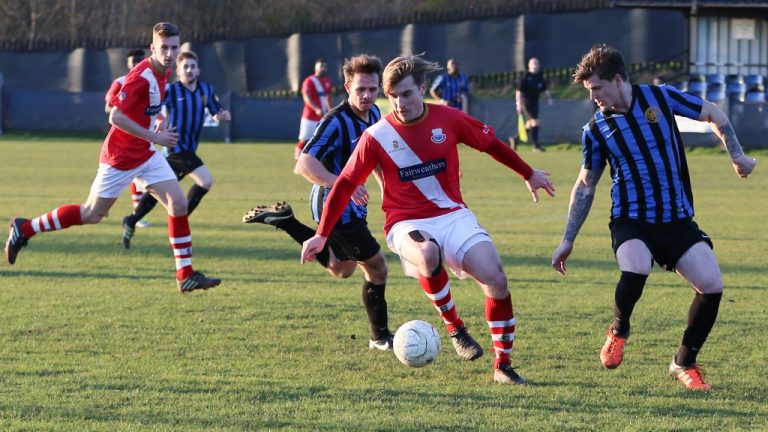 James Morrish (red) re-joined Whitstable Town from
AFC Hornchurch in February 2017.  He has made
95 appearances for the Oystermen in more than one
spell at Belmont Road.
Photo: Whitstable Town FC

“Mo came to us last season from AFC Hornchurch on loan after a long injury lay-off.

“I believe we have a great addition to the squad in Mo.  With a fresh start and pre-season under his belt, he brings a lot of experience, leadership and quality to Whitstable Town.”

“Westy is a massive signing for the club,” said Porter, who has swooped on the player, who cannot commit to the extra commitments of playing in the Isthmian League Division One South with Ashford United.

“His experience within this league says it all captaining Ashford to the League and Cup double last season shows the importance of the signing.

“He can play in a number of positions, which I like. Westy is another great addition to Whitstable Town.”