Warrilow has snapped up goalkeeper Will Godmon, 22, from Hythe Town, talented centre half John Coker from Sittingbourne, while winger Matt Bodkin, 34, has dropped down a level to sign from Margate. 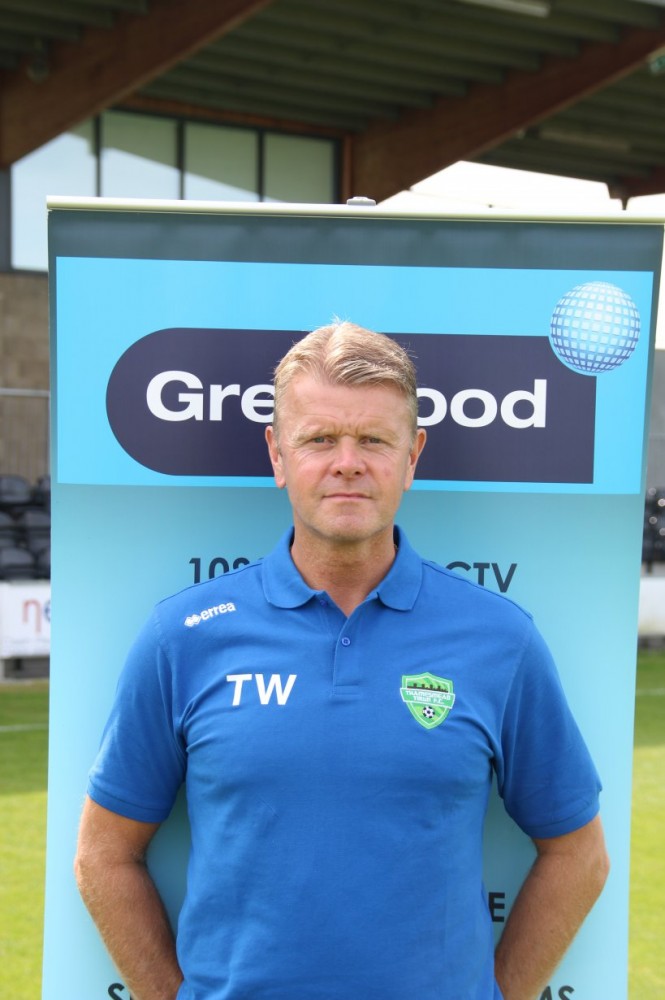 “After a summer of meetings and talks, I am delighted to announce the players have agreed to join the club and existing squad for the coming season,” Warrilow told www.ttfcofficial.org.

“They are very much looking forward to being involved in the restructure and ambitions of the club and will be an important part of what we are aiming to achieve at the club.”

Warrilow has acted to bring in highly-rated keeper Godmon, after losing Lewis Carey to newly-promoted Bostik Premier Division side Lewes after a season under contract at the Dartford based club.

“Will became my number one target once I knew I was losing Lewis Carey,” revealed Warrilow.

“Everyone will know he is a keeper who has fantastic ability and distribution and has played for some top teams already and is still only 22 years old.

“He started out as a youngster at Chelsea and has played for Maidstone United, Leatherhead and last season Hythe Town to name a few of his clubs.

“Will is one of the best keepers around and in signing a one-year contract with us, I believe will give him the stability to build his reputation even more.

“It also gives us a base to build on knowing we do not have to worry about the undoubted interest he will attract through the season.”

Warrilow revealed he tried to snap-up Coker, after putting in a number of solid performances at the heart of Sittingbourne’s defence last season.

“John Coker is a centre-back I put a seven-day approach in for last season to try and sign,” he said.

“He is quick, powerful and excellent in the air in both boxes.  He has a great background of playing at a higher level starting at Norwich City and Staines Town.

“I have spoken to a lot of people about John and I know what a fantastic signing this will be for the club.

“The fact we will have a full pre-season with him too will only benefit both parties and I believe we have the best centre half at this level and levels above and John could be destined for big things.

“John has also signed a one-year contract so he can now just concentrate for playing for the seasons as Will.

“I believe both Will and John will be instrumental in addressing our defensive areas that we are fully aware must be improved this season and makes the competition for places very healthy.”

Warrilow has pulled off a transfer coup in bringing in Bodkin, who makes Thamesmead Town the 12th club that he has played for during his career.  Bodkin has left Margate after the Bostik Premier Division club revealed a budget cut.

“I cannot express how happy bringing Bods to the club has made me,” said the former Tonbridge Angels and Cray Wanderers manager.

“When as a manager you’re looking for that experienced player to help the younger players develop, you cannot ask for a better playing pedigree and background he brings.

“He will need no introduction to anyone.  From Welling United, Eastleigh, Dover Athletic, Maidstone United to playing in a very strong Margate team last season, I am delighted to bring him on board.

“His energy and fitness are second to none and after spending time with him, I know he will be an integral part of what we are aiming to achieve next season and the future.”

Warrilow, who guided The Mead to a top-ten finish in the Bostik South Division last season, added:  “We also have some excellent players coming in for pre-season next week to discuss joining who have played at higher levels and with the reserve/development side starting next season too, things really are looking very positive for the coming season and future of the club.”