SITTINGBOURNE manager Darren Blackburn has pulled off a transfer coup by enticing Andy Drury back to the club.

Sittingbourne chairman Maurice Dunk said: “Andy Drury had always wanted to return to his hometown club and the opportunity had arisen for him to sign from his current club Havant & Waterlooville. 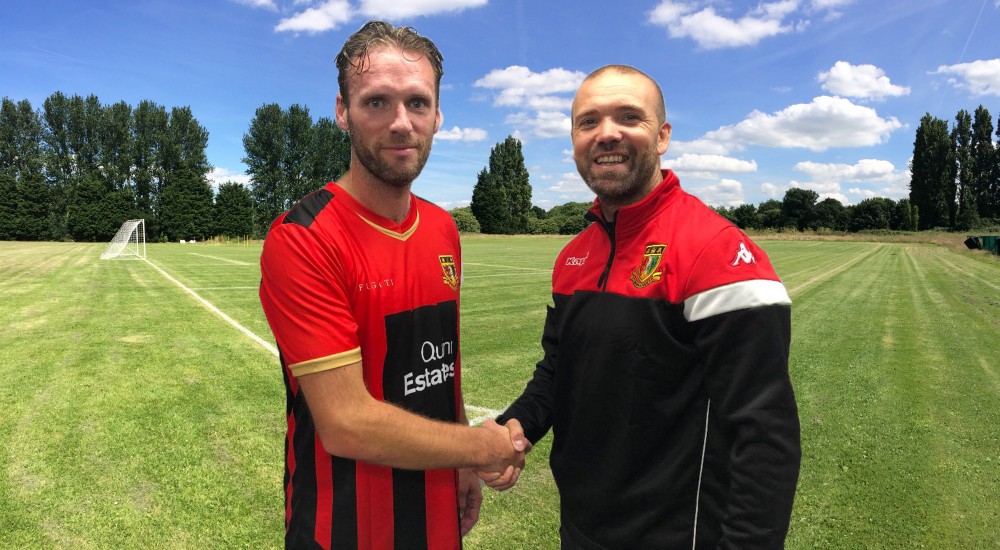 “We are very pleased to have him and I know that our supporters will be over the moon with the news.”

Blackburn added: "It's an honour to welcome home Andy Drury to Sittingbourne, top player and what a humble nice guy, great addition to our squad, bringing a wealth of experience and quality."

The 36-year-old attacking midfielder began his career with Sittingbourne back in 2001 when the club were in the Southern League and made 98 appearances for the club.

Drury has had a distinguished career in the Conference and the Football League.

He left Sittingbourne to sign for Gravesend & Northfleet (now Ebbsfleet United) and he then moved on to Lewes, who were then in the Conference South.

In 2008 he was part of The FA Trophy winning side at Stevenage Borough and whilst at Broadhall Way he had his first taste of the Football League when the Hertfordshire club were promoted from the Conference.

He then had his first spell at Luton Town before being spotted by Ipswich Town, who paid The Hatters £158,000 for his services.

Drury played 64 games for Ipswich and in 2013, after a loan spell at Crawley Town, he signed for the Sussex side.  In 2014 he returned to Luton Town and a year later joined Eastleigh and then on to Havant & Waterlooville, in the National League South and has dropped down a couple of levels to play Isthmian League South East Division football with Sittingbourne.

Sittingbourne open their campaign with a trip to Southern Counties East Football League Premier Division side Deal Town in The FA Cup Preliminary Round on Saturday (15:00).

Derek Hares’ side opened their campaign with a 4-0 win at Knaphill in the Preliminary Round and lost 2-0 at home to Beckenham Town on the opening day of the season before coming away from K Sports with a 2-0 win last night, courtesy of Troy Howard’s free-kick and Billy Munday’s second-half header.

It will be Blackburn’s first game in charge of Sittingbourne, having taken over from Chris Lynch in March.