We'll give it our best shot that we don't fail, vows Sevenoaks Town boss Micky Collins

The Oaks celebrated winning the Southern Counties East Football League Premier Division title for the first time and are now preparing for life in the Isthmian League. 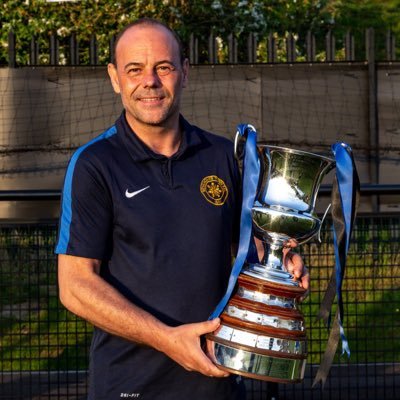 The words Sevenoaks Town and Isthmian League in the same sentence would only have been a distant dream before Collins and his chairman Paul Lansdale took over at Greatness Park because the club were always the also-rans at the bottom of the Kent League table for many years.

But the pair have put in the hard graft to ensure Sevenoaks Town will be hosting Horsham on their Bostik South East Division debut on Saturday 18 August.

Collins says he is feeling "really positive" despite opening their pre-season campaign with two defeats but playing higher league club’s at this time of the season is good preparation.

Bostik Premier Division side Margate came away with a 3-1 win in midweek, while Vanarama National League South side Dartford came away from Greatness Park with a 4-1 win yesterday.

“I’m quite excited, I’m looking forward to the next game already now because it’s a big improvement from the Margate game, against a National League South side,” said Collins, whose side host Bostik Premier Division neighbours Tonbridge Angels on Tuesday night.

Collins has set his sights low but he is just as capable of making Sevenoaks Town a surprise package in the 20-club mainly Kent and Sussex based division.

“We’ll, it’s got to be one, stay up.  I’m always going to say that first season,” said Collins, on his aspirations for the season ahead.

“You’re going to be nervous.  I’ve never had to face a relegation battle but you know what? Let’s hope we can stay up and let’s hope we do ourselves proud because what we’ve brought in and how we are, if we hit the ground running who knows?  Who knows where we can go?

“We’ll leave the door open and see how far we can go up that table and if we can go and push as high as we can, we’ll try and do our best.”

It’s definitely going to be an exciting campaign for Sevenoaks Town, who kick-off their campaign with a home tie against old league rivals Lordswood in The FA Cup Extra Preliminary Round on 11 August.

“Fantastic! We’re in The FA Trophy, FA Cup, even the tough game down at Folkestone in the Kent Senior Cup! We’ve never put a team in that from Sevenoaks. It’s great.  Everything’s new, it’s pioneering for us. Everyone will be looking and will we fail? Maybe we will.  We’ll give it our best shot that we won’t!”