SEVENOAKS TOWN manager Micky Collins says his players have got to be on it during the club’s biggest game in their history tonight.

The Oaks came away from Ryman League Division One South side Lewes with a goal-less draw on Saturday and welcome Darren Freeman’s side to Greatness Park for this FA Cup First Qualifying Round Replay. 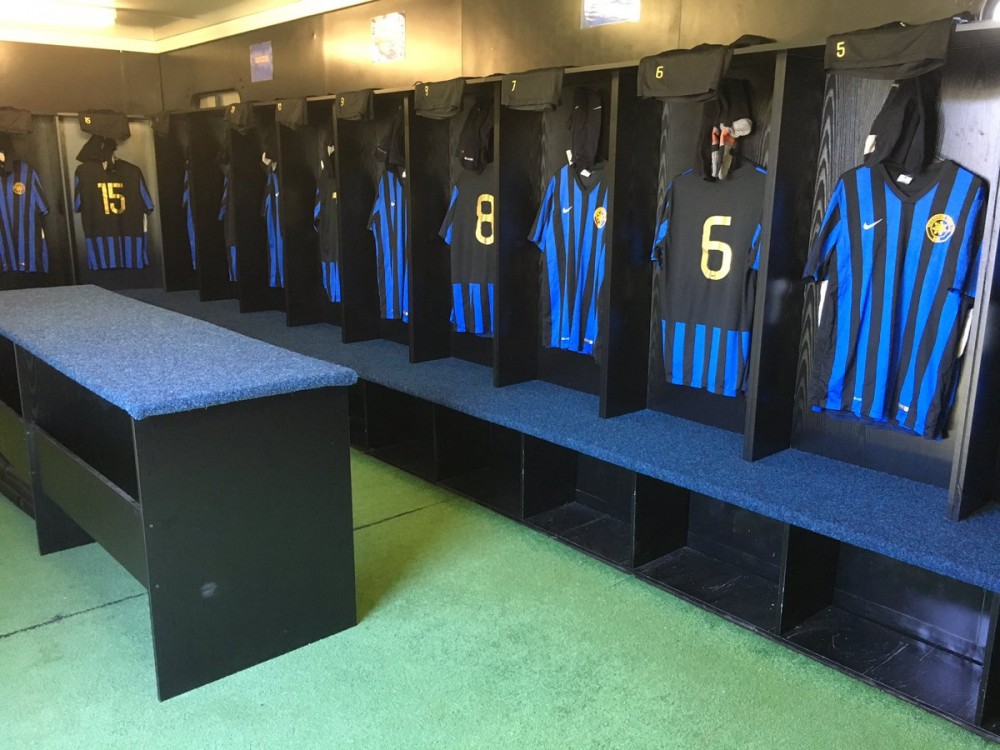 Collins reflected on Saturday’s stalemate at The Dripping Pan.

He said: “Tight, very tight game. We rode our luck at times, they had quite a few chances and then we grew into the game a little bit as it went along.   We were a little overawed and as the game went on we got back into it and generated some chances of our own at the end.

“I think a draw was a fair result for both sides. They’d certainly edged it for probably quite a few periods of the game but we hung in there and made a good account of ourselves at the end.”

Lewes arrive at Greatness Park sitting in thirteenth-place in the Ryman League Division One South table and they were playing Conference football in 2009.

Victory for Sevenoaks Town tonight will go down as the club’s greatest ever result – but lower league teams only seem to get one chance to create shocks as was proved down the road last night.

Ascot United were one kick away from knocking Tonbridge Angels out of The FA Cup on Sunday, but Paul Coyne’s last-gasp penalty was brilliantly saved by Angels keeper Anthony Di-Bernardo, as the Ryman Premier League side dominated a 2-2 draw at the Hellenic League outfit in Berkshire.

Tonbridge Angels won the replay 7-0 at Longmead Stadium last night – and Collins knows Lewes can turn on the style tonight.

“The fact that we’ve got another game and we never lost there says that we could do it, whether we turn up and the boys apply themselves correctly and we get the ball in the next is yet to be seen,” said Collins.

“Obviously we want to and we’ll try our hardest to make it happen. I know the boys are keen to try to get another home tie (against Evo-Stik Southern Premier League side Chesham United in the next round) but it’s a tough ask, a really tough ask.

“Lewes are a good side, from the league above and a good team and they’ve got some good players.

“Yes, it’s going to be a really hard game for us but we’ll try our hardest, that’s all we can do.”

Collins has asked for fans to flock through the turnstiles as Greatness Park stages it’s biggest ever competitive game.

“It would be good,” said Collins, after 490 fans watched the game at Lewes.

“It was a great crowd on Saturday. I think the boys enjoyed that and tonight, it would be great if we can pack out Greatness. I would be really pleased with that. It will be a bit of payback for all the effort the chairman (Paul Lansdale) puts in.

“It’s just nice all off a sudden we’re starting to put Sevenoaks on the map a little bit, which is what I wanted when I came. Now it’s happening, it would be nice to get a good crowd.”

Collins knows Lewes can replicate Tonbridge Angels and outclass his side.

“You have to be on it. If we’re not 100% ready and on it or organised tonight, yes it could be a big result for them and we can’t afford for that to happen.

“What we’ve got to do is give a good account of ourselves if there’s a few people watching.  We have to make sure that people see us at our best and we put on a good show hopefully, that’s the most important thing.