We've got to deliver on the pitch, says Sevenoaks Town boss Micky Collins

SEVENOAKS TOWN manager Micky Collins says he would like to experience another run in The FA Cup.

The Oaks enjoyed their longest run in the competition last season, reaching the Second Qualifying Round, beating Isthmian League club’s Horsham and Lewes along the way and taking Southern League Premier Division side Chesham United to a replay. 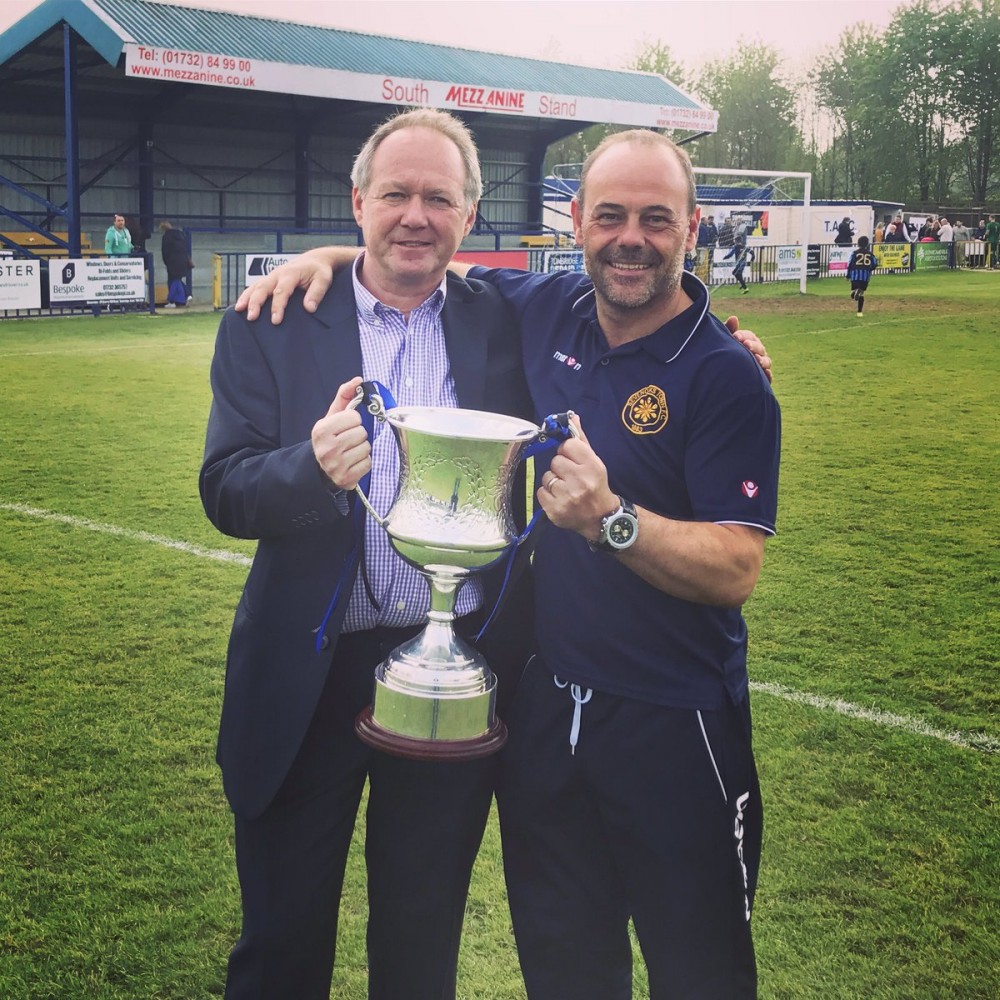 Collins is keen to get past Broadbridge Heath at Greatness Park in the Extra Preliminary Round on Saturday.

Their opponents play at the same level as The Oaks and finished in the top eight in the Southern Combination Premier Division last season.

The winners will scoop £1,500 in prize money from The Football Association.

“Just get through the first round if we can, enjoy the day, hopefully we can get a decent crowd and try and get the result and some prize money,” said Collins.

“I’d like to get to the First Round Proper and meet Maidstone at their place, that would be nice in front of four thousand.  Will it happen? Probably not but you can all dream.

“Listen, we’ve all been kids, everyone’s dreamed about winning The FA Cup haven’t they and everyone still does.  It’s a great competition and we’ll take it seriously.”

Sevenoaks Town lost 4-0 to Maidstone United on the newly-laid 3G artificial pitch on 25 July and Broadbridge Heath will be the first opponents on the impressive looking surface in a competitive fixture.

“It will be a bit of history, again legacies that I’ve left behind.  It’s a fantastic achievement by Paul (Lansdale, the chairman) and everyone at the club, a lot of work has gone in, it’s amazing.”

“You’ve got to do it on the pitch, that’s the difficult thing, it’s alright doing what you want off the pitch but we’ve got to deliver on it,” said Collins.

“We were close last year, if there’s two up this year it makes it a little bit easier, so with that in mind you’d think we’d get promoted but football’s not that easy. It can all go wrong in the first six games and then we’re crying in our soup. Who knows how far we can go? There’s a certain level we can achieve.

“Getting people through the door is the thing for me. If we can generate this as a community club and we can get more people down to watch the first team and get the kids involved and enjoying it, we can take it as far as we want.”

Sevenoaks Town begin their League campaign with a home game against relegated side Chatham Town on Saturday 12 August.

“I think there’s a lot of club’s who will look at it and think there’s two that can go up.  I hear a lot of people will throw a lot of money at it and buy their way up but we know that doesn’t always work! I bucked the trend at Erith & Belvedere, so it can happen.

“We have to be organised and we are organised, just see how it starts, that’s it. We’ve got a target for the first six games, see if we can stick to it and if we do then we’ll take it up to Christmas.”