RUSTHALL begin the search for a new manager after Andrew McKechnie stepped down from his role today.

The club remain rooted inside the bottom two in the Southern Counties East Football League Premier Division table with a win and two draws from their 17 league games and only have Croydon on three points below them in the table. 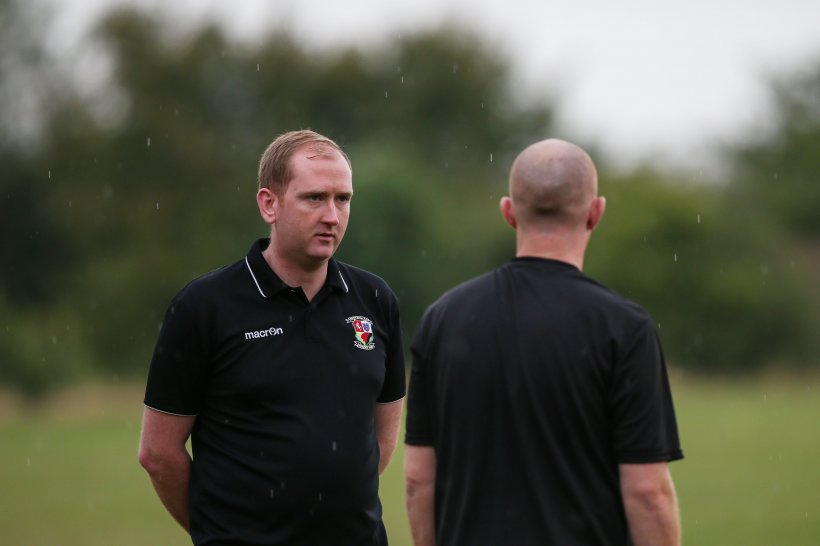 Andrew McKechnie (left) was in charge of Rusthall for 25 games and celebrated four victories but only one of them was in the league and they face a battle to matain their Southern Counties East Football League Premier Division status with Hollands & Blair six points clear of the Jockey Farm outfit.
Photo: Rusthall FC

Rusthall lost 2-0 at K Sports in McKechnie’s last game in charge yesterday, which extended their winless run to 13 games.

“It is with considerable regret that Rusthall FC has to announce that Andrew McKechnie has resigned as first team manager,” said a club statement, which was posted on the club website.

“He has made this decision because he thought it was in the best interests of the club.

“Chairman Joe Coker said that whilst he understood the reasons, he regretted Ketters’ departuire as he believed that with time he would have turned results around.

“The club would like to thank Ketters for his tireless efforts and dedication to the club and wish him well for the future and hope that he will stay in touch.”

McKechnie took sole charge of the club following Mike Cramp’s decision to step down after Rusthall suffered a humiliating 9-1 home defeat to Cray Valley at Jockey Farm on 7 November 2018.

Rusthall lost 1-0 at home to Fisher before claiming a point in a 2-2 home draw with fellow strugglers Hollands & Blair.  The club then suffered a 4-1 defeat at Fisher in the Challenge Cup Second Round last Tuesday, before the K Sports defeat proved to be McKechnie's final game in charge of the club.

The amateur outfit must now appoint a manager with Southern Counties East Football League Premier Division experience, otherwise their two year stay in the top-flight will come to an end in four months time.