I feel I am ready to be a manager, says Finn Roberts-Bond, aged 20

FINN ROBERTS-BOND says he wants to be the youngest manager in English football next season.

The 20-year-old Londoner, who lives in Brixton, says he is the youngest UEFA B Licenced coach in the world, is working within the Academy at League One club AFC Wimbledon until the end of this season but says he wants a job in senior non-league football. 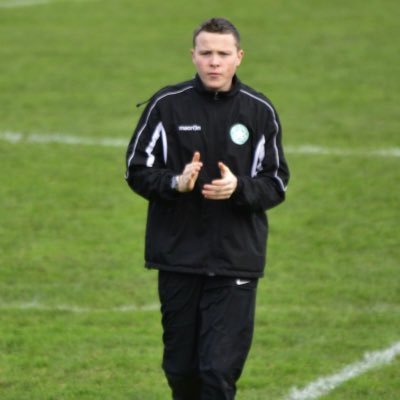 Finn Roberts-Bond wants to become the youngest manager
in non-league football at the age of 20.

“During my career I have gone from grass-roots to non-league first team and into pro academies,” said Roberts-Bond.

“I have a lot of experience for a young man but I hope my CV represents me better than my young age.

“I previously worked at Whyteleafe under manager John Fowler as a coach but also as a scout to be able to go out and better understand the game at non-league level.

“I’ve worked at Gavin Rose’s ASPIRE academy for three years working directly under Peter Adeniyi, who has just won the Bostik South title as Carshalton Athletic’s manager and I have developed a similar philosophy to both of them of the way to play football, the way to develop youngsters for first team football and the way to conduct yourself and manage footballers.

“This season I’ve been at AFC Wimbledon in their Academy but feel that as a coach I am more productive as a first team coach or even as a manager.

“I feel I am ready to be a manager.  I know if I get a job I have the right people ready to come in around me to become a strong force whatever league we are in.

“I’ve also got my own coaching company which means I am flexible with my work and able to devote more than most can to whatever job I can get.

“I’ve previously spoken to club’s before but nothing has ever seemed right.  I want to have a big effect where ever I go.  I want to put my mark on the work that’s being done.”