RAMSGATE have announced that manager Nick Davis has had his contract terminated with the club struggling at the foot of the Isthmian League South East Division table.

The former Ramsgate defender re-joined the club as manager in December 2018, taking over from Lloyd Blackman who resigned following a defeat to Three Bridges on Saturday 8 December 2018. 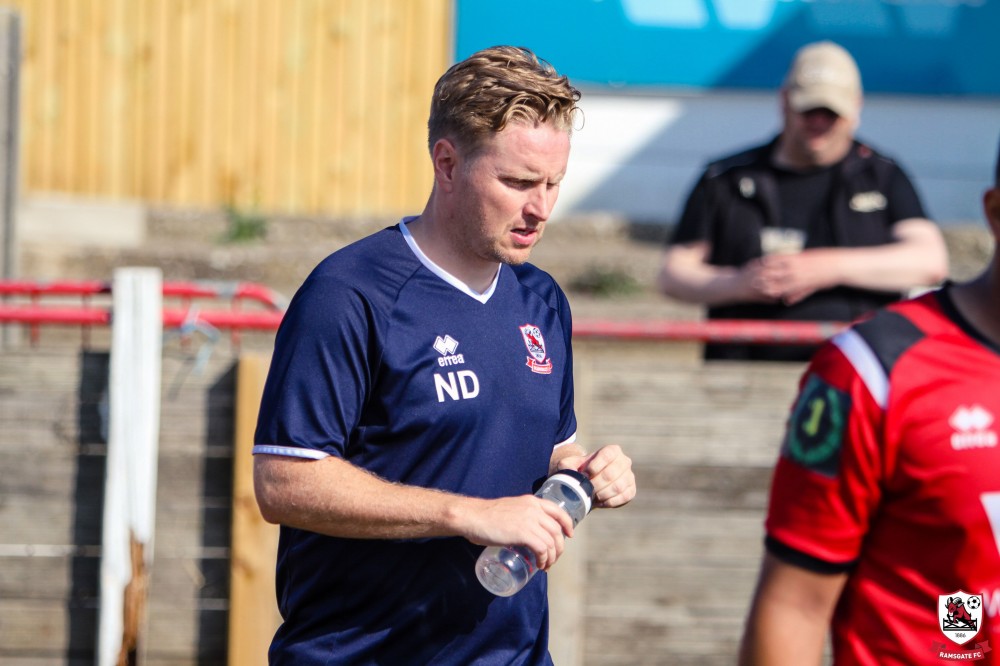 Nick Davis was in charge of Ramsgate for 30 games where he won nine, drew 10 and lost 11 games in all competitions after taking over from Lloyd Blackman in December 2018.
Photo: Ramsgate FC

Davis extended his contract with improved terms in March 2019, which was due to run until May 2020.

In a statement, director and chief executive Paul Bowden-Brown, said: “Nick has worked professionally and diligently to bring success to this football club and we are disappointed and saddened that the results have not mirrored this effort.

“We as a club would like to go on record in personally thanking Nick for the way he has represented this club on and off the field and everyone wishes him and his family the very best for the future.”

Big things were expected of Ramsgate this season with talk of pushing for play-offs in the Isthmian League South East Division but the Rans travel to Hadley in The FA Cup Second Qualifying Round on Saturday sitting at the foot of the division with one point from their five league outings.

Ramsgate have played nine games in all competitions and their only wins have been in The FA Cup, thrashing Steyning Town 4-1 in the Preliminary Round and they needed two games to get past Arundel, winning 4-0 in West Sussex in a replay after being held to a goalless draw at Southwood Stadium.

The final straw came when Ramsgate went down to a 3-0 home defeat to Herne Bay last night, leaving them rooted to the foot of the table, having lost 4-1 at home to Guernsey last weekend.

A club statement added: “The club are working hard to ensure the team is best prepared for an important FA Cup match on the weekend against Hadley.

“Since joining Ramsgate last year, Nick has been a very popular and overall made a positive impact at the club.

“However, after failing to accumulate a win in the Isthmian League heading into game week six, the club feels a change is necessary to elevate the clubs performance towards our promotion goals.”