Punjab United sign new 12-year lease at Elite Venue: It feels like a massive weight off my shoulders and the plans I had to develop the ground can go ahead now

PUNJAB UNITED chairman Jugjit Sian says securing a new 12-year lease at their ground at the Elite Venue in Gravesend has taken a massive weight of his shoulders.

Mr Sian, who is nicknamed Chipie, signed a new deal on Tuesday, which will ensure the club can maintain their current status in the Southern Counties East Football League Premier Division. 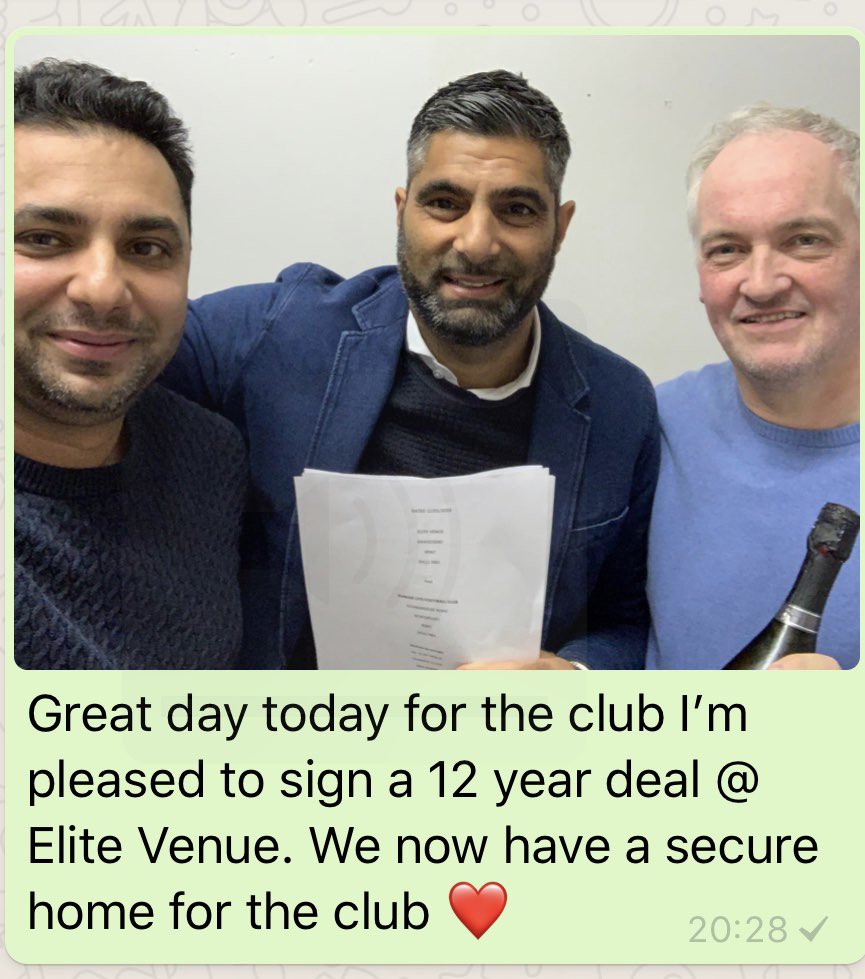 “The stress of not having a secure home was taking its toll because at the end of this season we would have been leaving Elite Venue, which would have been devastating and trying to manage the team and off-the-pitch,” said Mr Sian.

“Trying to secure a new home for the whole club was beginning to get on top of me but we finally agreed and signed the lease with the new owners, which has given the whole club a massive boost and now we can concentrate entirely on the football.

“It feels like a massive weight off my shoulders and the plans I had to develop the ground can go ahead now.”

Putting his managers hat on, Punjab United went down to a 1-0 home defeat to AFC Croydon Athletic last weekend to leave the club in the bottom four with 15 points (three wins and six draws) from their 22 league outings.

Hollands & Blair (12 points) are six points clear of the two sides trapped within the relegation zone, Croydon and Rusthall.

“The game last week was disappointing. We had more attempts on goal and just couldn’t finish but AFC Croydon Athletic had one break and scored,” recalled Sian, who takes his side to seventh-placed Deal Town tomorrow.

“Football can be cruel but we should’ve been out of sight.  It’s the story of our season at the moment.

“But I’m really looking forward to the game tomorrow. We can go into the game with no fear and I believe if we get it right we can come away with something.  We know it won’t be easy, Deal have a great home record.”