Promoted Millwall boss Neil Harris: My players have always found a way when they've needed to. That comes from having big hearts, strong team spirit and from being good people

MILLWALL manager Neil Harris has piled praise on his players after the club achieved promotion with a hard-fought 1-0 victory over Bradford City at Wembley Stadium yesterday.

Striker Steve Morison scored the decisive goal in the 85th minute as the Lions sealed their passage back into the Sky Bet Championship for the first time since being relegated in 2015. 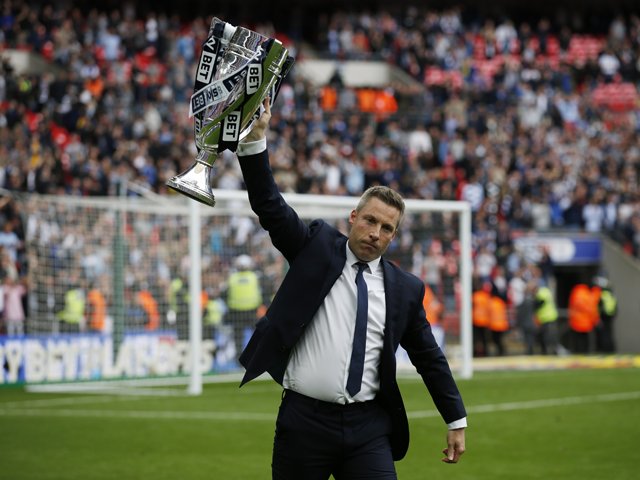 The Lions finished in sixth-place in the Sky Bet League One table with 73 points from their 46 league games but were promoted into the second tier of English football along with Sheffield United and Bolton Wanderers, courtesy of Morison’s 19th goal of the season, as Millwall celebrated promotion on the 30th anniversary of Football League (EFL) play-off drama.

"I cannot express how proud I am of our players and how delighted I am to deliver for our fanbase," Harris told www.millwallfc.co.uk.

"We had to deal with a lot this year. We have had difficult times during the year and it went very much unnoticed that we a had four-week break before last season started and preparing for this one. We had a defeat in a Play-Off Final and the criticism has been heavy at times.

"My players have always found a way when they've needed to. That comes from having big hearts, strong team spirit and from being good people.

"We don't always have a lot of the ball but we find a way to win. We had to stand strong, make some last-ditch tackles and Jordan Archer had to make some fantastic saves - but we got it done.

"The second-half we were a little bit braver and we worked our socks off and got the reward. I couldn't be happier right now!"