I want to invite Emmanuel Eboue round mine for Christmas, says Richmond Kissi

RETIRED semi-professional footballer Richmond Kissi is offering his home this Christmas to a former Arsenal star who has hit rock bottom.

Kissi (pictured) has read a newspaper article online  in The Mirror on Emmanuel Eboue, who has hit hard times. 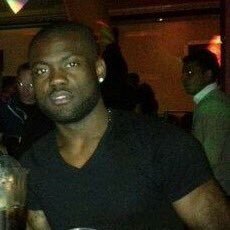 “If anybody here has the contacts of Emmanuel Eboue please contact me. I want to invite him round mine for Christmas,” Tweeted Kissi.

“He’s someone who brought a lot of joy to many football fans and he needs help.  Please help me find him so I can help this great man.”

On his Twitter feed, Kissi describes himself as “just an average south-east London boy Trynna Do Good.  Founder of KissiFoundation set-up to bring joy to underprivileged kids in the Ivory Coast.”

Kissi has contacted former Glebe manager Simon Copley via Twitter because he now works full-time at Premier League Arsenal as an Academy coach and hopes he can contact superstar Thierry Henry to get a contact number for Eboue, 34, who according to the newspaper article has lost everything.

However, since this article was published, Copley has been in touch "admiring" Kissi's support but added, "nor would I have Thierry Henry’s number or would I hand it out if I did!!!!"

Steven Springett, who left Southern Counties East Football League Premier Division side Glebe earlier on in the season to sign for Bostik South side East Grinstead Town, has also Tweeted an Agent on Twitter.

Defender Springett Tweeted: “Ken buddy, I know you’ve spoken to Emmanuel loads of times, can you help my boy Richmond out?”

Darren Anslow, the joint-manager of Southern Counties East Football League Premier Division strugglers Rochester United, feels more should be done for footballers so they don’t suffer later on in life.

“I’m sure The PFA (Professional Footballers Association) will help him out but goes to show at every level Premier League down, with the amount of money and short careers. there should be financial advisors linked to every club helping players invest for life after football,” Tweeted Anslow, who works in Academy football.

“I think it’s being addressed now but in the past young players have neglected education for the game, too much, too soon with no help.  Imagine going from zero to caked, it’s no wonder.”