Seeing the lights up and looking good along with the stand is a proud moment for all involved, says Kent Football United manager Ennio Gonnella

KENT FOOTBALL United manager Ennio Gonnella was full of praise for their father-and-son owners for pulling off a miracle to keep the Dartford based club in the Southern Counties East Football League First Division.

The club published photographs of their switched-on floodlights and new stand at their Lowfield Road ground on Monday evening and Gonnella was full of praise for chairman Roy MacNeil and his son Sam for pulling out the stops to keep the club at their current level of football. 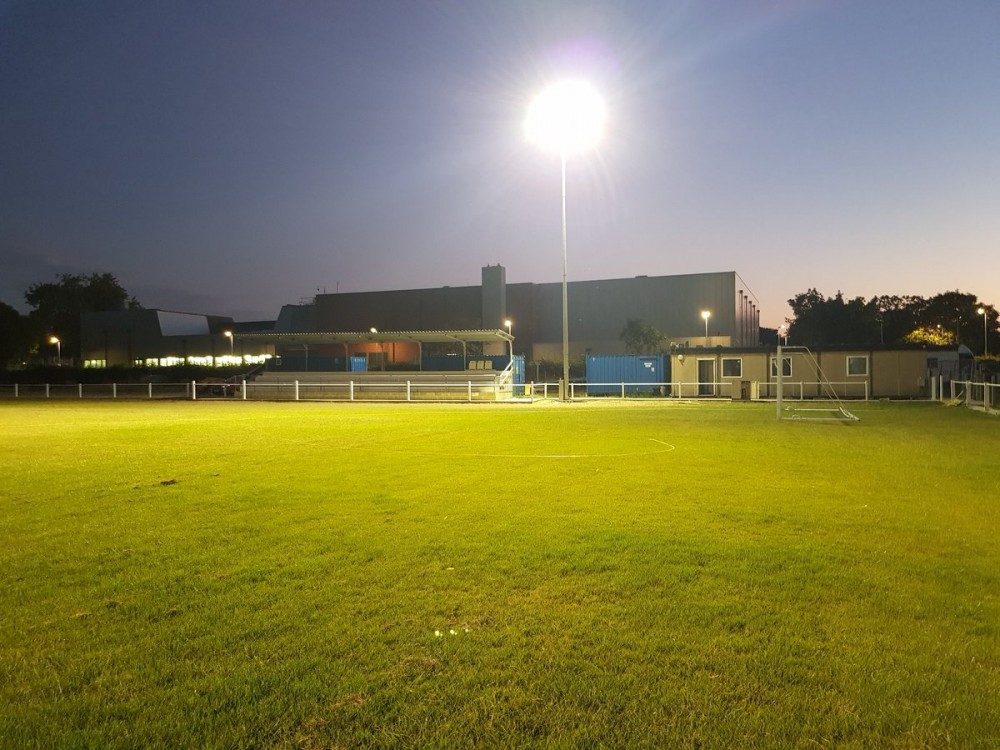 “Firstly, staying in Step Six is an achievement already this year,” said Gonnella, who guided the club to a ninth-place finish last season.

“The club, players and myself would have found life hard in the league below, as many were weighing up options should the worst happen, however, Roy and Sam pulled off a miracle.

“We have come a long way on the three seasons that I have been with the club on and off the pitch and feel the league and The FA have made the right decision.

“Seeing the lights up and looking good along with the stand is a proud moment for all involved.

“On a person note it’s great for me to see as Roy and Sam kept to their promises, which many did not believe and the future looks bright for the club.”

The club kick-off their pre-season campaign with a game against Southern Counties East Football League Premier Division Croydon on Saturday and Gonnella revealed he has kept prolific striker Tunde Aderonmu at the club.

“Preparations are going well.  We have brought back some old faces from two seasons ago, along with the best we had last season and of course some new faces,” said Gonnella.

“We managed to secure Tunde Aderonmu which wasn’t difficult as Tunde is a loyal and happy person and kept to his word.

“With all the speculations of going forward etc we can now secure the players we want and look forward to life in Step Six.”

Kent Football United have a blossoming Women’s and youth section and Gonnella revealed the clubs owners paid for all of their ground improvement work out of their own pockets.

“I would like to personally thank Roy and Sam for all their hard work, with no middle men, no loans, all hard work and from their own finances. That’s a true chairman of non-league. He has nothing but love for his club and players.”