We want to move away from the far east, say the managers of Ide Hill and Otford United

The managers of Ide Hill and Otford United have put pressure on the Kent County League to move them in to a more suitable division.

Both west Kent clubs are playing their football in the NRG Gym Kent County League Division One East – but they wish to switch to the West Division so that they can play more local sides and cut down on the cost and time of travelling. 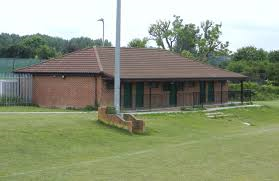 PICTURESQUE: Otford United play their games at the Recreation Ground in the village and can play games under the floodlights. Photo: Otford United FC

The pair have to travel to Deal, Sandwich, Faversham, Gillingham, Ashford, Maidstone, New Romney and Sittingbourne to play their matches.

Ide Hill’s joint-manager Keith McGinn, who runs the side with Wally Paxton, said: “I think we came in with the belief that the Eastern Division was a bit weaker than the Western Division that we played in previously.

“You can ask Otford that question. I don’t think they’re happy being in the east. It’s not because of the players’ or the club’s that we’ve played against, it’s purely about the travel.

“It makes it even worse because a lot of our players come from London. When they’re playing at Margate it is nearly a 200 mile round trip!

“It’s ridiculous that teams like Otford and ourselves and Sevenoaks the previous year had to play in the east division when we’re so close to central London.

“I don’t think that’s quite right. I know there’s a shortage of teams in east Kent but I think that needs to try to be balanced out.”

A couple of years ago the Premier and Division One were county wide and the Ide Hill manager believes that could be the solution if the club are not placed in the West Division next season.

McGinn said: “In all honesty, the number of teams in each league isn’t very many at the moment, so maybe they think about having one Division One and leaving it as that?

“At least we’d have some games nearer and some games further away. I think it would be a good suggestion.”

Ide Hill go into their last game of the season, at home at Wrotham School against Deal Community Sports on Saturday 9 May, sitting in the bottom four of a ten-team division.

They can then look forward to their annual trip to the North East where they will play AFC Consett in June.

McGinn said: “We lost the Cup up there last year! They seem to be putting out stronger sides every time we go up.

“Obviously we have a drink as well so the lads are a bit jaded when they play. It’s a good weekend!  We’re travelling all the way up and all the way back on Leyton Orient’s first team bus.

“It’s a good weekend. They’re a good bunch of lads, that’s the good thing about it as well and we have a good social side.”

The club received grants worth £170,000 to rebuild a new clubhouse, which will have the changing room facilities required for the Kent County League Premier Division.

It will be officially opened on 13 June by The Rt Hon Michael Fallon, MP for Sevenoaks.

“That’s being opened by Mr Fallon, defence secretary or he is now, whether he is on the 13th June, let’s hope so, we’d have to change the signs otherwise,” said McGinn.

“It’s been a long battle, five years’ hard work but it will be finally completed by the end of May and we’ve got the presentation with the mini’s and some adult games and barbeque and everything on the opening day.

“We’ve got £50,000 still to spend on the pitch hopefully, but there’s a lot of politics around that so at the moment the pitch is probably not up to standard for our first team so our reserves will go home. We’ve potentially got a vets’ side next year so our first team will still continue to play elsewhere for the time being until we get the pitch better.”

For Otford United, their manager Jim Gillan has threatened to pull the club out of the Kent County League and into the local Sevenoaks & District League if the club are not switched back across to the West Division next season.

The club play their home games at the picturesque Recreation Ground just off the High Street in the village and under floodlights at night there is no better setting to watch football at this level.

Gillan admits he finds it tough to sign players’ who are put off by the distance travelling to the east Kent coast for away games.

“We’d really like to get some players’ here because we’ve got some great facilities and they should have a look,” said the former AFC Bournemouth player.

“We’re always looking for players. My team’s getting old and we’ve got some experience but I need a bit of youth and strength.”

When asked about their league position, Gillan said: “We both feel the same. I think it’s disappointing when Chipstead (relegated from the Premier) and Halstead are both up the road and we have to travel to New Romney and Deal. It’s a mission on a Saturday and the boys’ don’t want to give up their time to go. It’s difficult to get a team.

“I’ve gone away to Deal this year with no subs – at this standard it’s not good enough! Reserves don’t come because they don’t want to travel and be on the bench so it’s really difficult.

“We’ve asked the league and asked what they can do with it. They’ve left it late this year because it’s not until the 18th June until they decide and by then a lot of teams have got players’ signed on already and it won’t give us a chance to get players to come.

“I’ve got a few players that have said yes and a few have said they will definitely come if we’re not in this (East) League.”

Gillan says the club’s target is always to win promotion into the top flight of the Kent County League.

“I think the club of our stature should be in the Premier with the facilities we’ve got,” he said.

“We’re not a bad side but we do need to strengthen in order to get there and it’s our ambition of both the committee and me and the club and the players to play at the best level we can.  Time will only tell.”