HOLLANDS & BLAIR manager Clint Gooding has stepped down after only 24 games in charge of the Gillingham based club.

The Blair pulled off the great escape after finishing third-from-bottom in the Southern Counties East Football League Premier Division table with 31 points from 38 games. 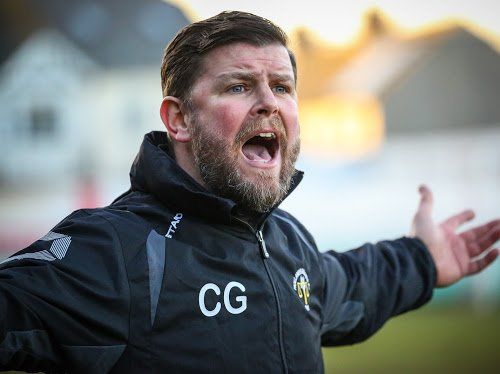 Clint Gooding has left Hollands & Blair after keeping
them up in the Southern Counties East Football League
Premier Division despite only having a couple of points
on the board at Christmas.
Photo: Hollands & Blair FC

“I would like to thank the players, committee and supporters of Hollands & Blair, said Gooding on Twitter.

“I’m grateful for the opportunity to manage such a special club. I wish the club every success in the future.”

A club statement said:  “Clint came back to Blair in December 2017 after a spell as assistant manager to Paul Piggott, after a difficult start to the season, the club were struggling at the foot of the Southern Counties East Football League Premier with only two points at Christmas,” said a club statement.

“The club would like to place on record our thanks to Clint and his hard work in keeping Hollands & Blair in the SCEFL and wish him and his family all the very best now and in the future.

“We have appointed long-term Blair player Darren Blackburn, who will step up from reserve manager to first team manager with immediate effect.”

Gooding won nine and drew two of his games in charge in all competitions after taking over from Bryan Greenfield.