The lads and I are all learning and I’m finding out a lot about characters and who can cope not just physically but mentally at this level, says Hollands & Blair boss Darren Blackburn

HOLLANDS & BLAIR manager Darren Blackburn has questioned his players’ character following their 3-1 derby defeat away to Lordswood on Tuesday night.

The Gillingham based side remain in the bottom three with 12 points on the board from 23 games but six points clear of struggling pair Croydon and Rusthall, who both occupy the two relegation places. 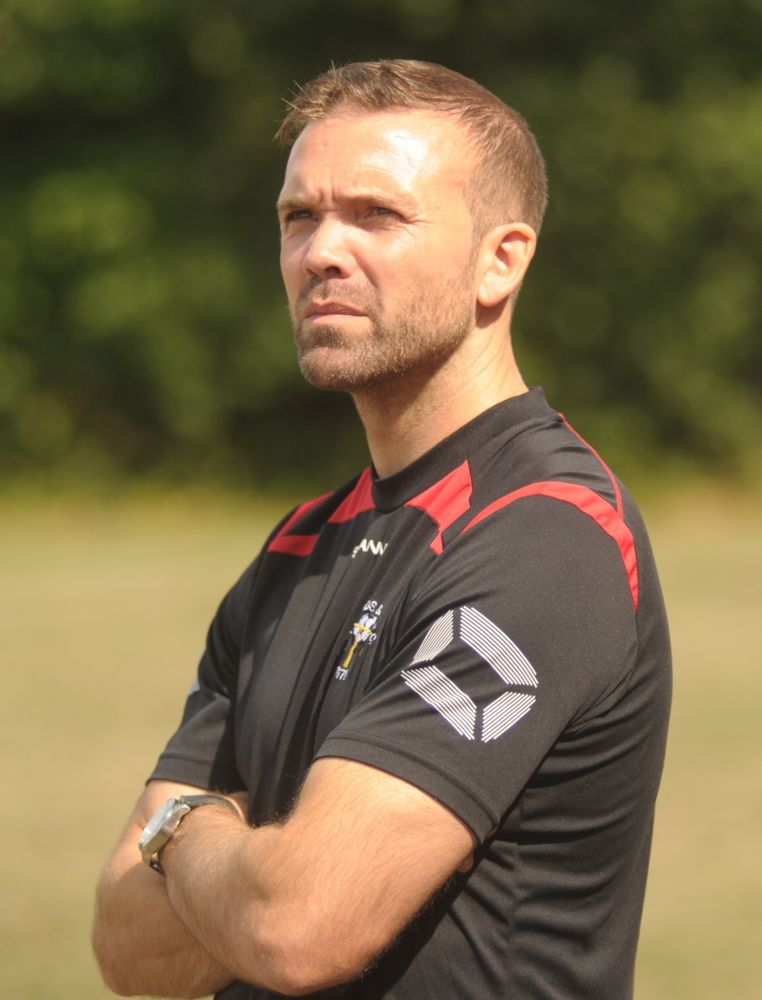 “Following on from Saturday’s decent performance against Chatham, Tuesday’s match against Lordswood was very disappointing,” admitted Blackburn, whose side put up more fight during their 2-0 defeat at Chatham Town in the Kent Senior Trophy Quarter-Finals at the weekend.

“The lads looked a little leggy and our second half display was as poor as I’ve seen us.

“That said, Harry Dawes came back into the side and looked very lively and did well and Rob Denness notched his first goal for us since returning so from a striker’s point of view he’s off the mark for us now, which is a positive.

“First half there wasn’t much in it but second half we kept giving the ball away cheaply and lacked leaders all over the pitch to organise and take responsibility when things weren’t going well.

“Lordswood played well so credit to them and kept doing the things that worked for them and it could’ve been more than three being brutally honest.

“We just didn’t turn up in the second half!  I think going ahead on the 45th minute was huge but then going into the break level was devastating and I could see it in the players’ faces at half-time how much it had effected them.

“Mentally, we need to learn to be stronger in difficult situations and play our way through those times and stay in games but on Tuesday we just flopped during the second half.

“We could’ve gone 2-1 up give minutes into the second half but from the resulting goal-kick, one long kick down field and a flick on and we were 2-1 down!  Heads went down and we never regathered ourselves for the rest of the game.

“The third goal, again, was from our corner. We didn’t reorganise quickly enough and a sloppy clearance following by poor one-v-one defending cost us.”

Despite their lowly position, Blackburn has a new squad at Darland Avenue and says he is learning about their character when the chips are down.

Blackburn, who played for the club under Paul Piggott, who is now chairman, wants to see an improvement ahead of Saturday’s home game against K Sports.

He said:  “The lads and I are all learning and I’m finding out a lot about characters and who can cope not just physically but mentally at this level so disappointing as the defeat was to take, I’m not armed with more information on my players to help me make selections going forward.

“We’re looking forward to bouncing back on Saturday.  We have no injuries from Tuesday that I’m aware of so should have a full squad to select from against K Sports.

“There’s no easy games and K Sports have had a great season and hopefully we can put a 90 minute performance together and cause them a few problems and repay our fans for what they had to endure on Tuesday.”

Kris Browning’s men climbed into seventh-place following their 2-0 home win over a toothless Lordswood side last Wednesday but are now in tenth-place in the Southern Counties East Football League Premier Division table with 37 points on the board from their 25 league outings.