Barnet sign Jack Barham: My dream as a little boy was to have my name on the back of a shirt

BARNET have secured the services of former Greenwich Borough striker Jack Barham on a two-year deal.

Barham has joined the Bees – relegated to the Vanarama National League – on the back of a great season where he bagged 37 goals alongside 10 assists and finished as the top scorer in the Bostik South Division. 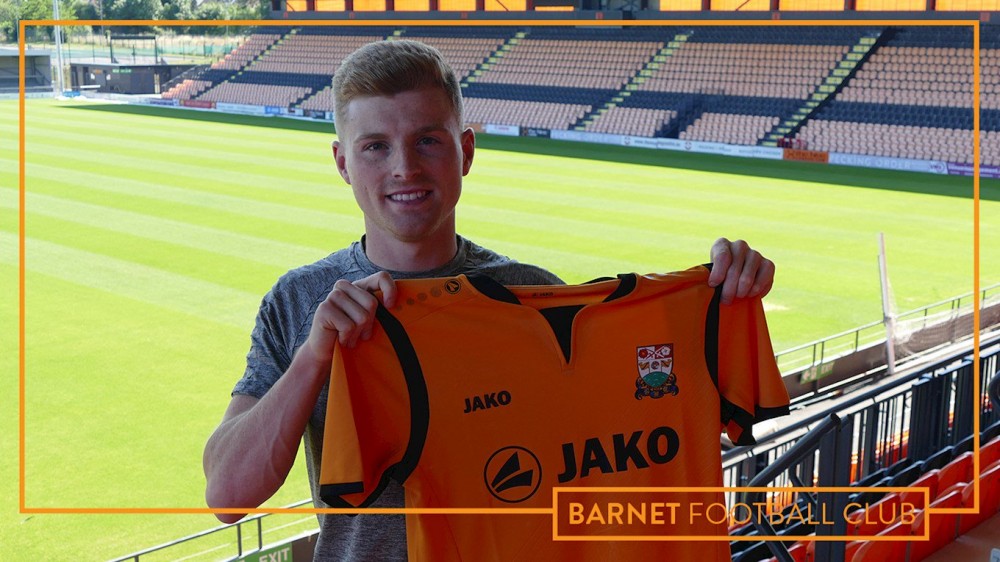 The 22-year-old has attracted interest from throughout the football pyramid thanks to his performances in recent seasons.

He started last season at Phoenix Sports where he scored 9 goals.  He joined Greenwich Borough in the autumn and he never looked back, finding the back of the net 28 times.

His career began in the youth system at Chelmsford City initially as a right back but a move to Heybridge Swifts also brought a change of position and he soon found himself upfront. In half a season at Heybridge he had already scored over 20 goals.

Barham then joined Tilbury before promotion chasing Thurrock came in for the striker and he scored 15 goals as the Fleet went up to the Isthmian Premier.

This will be his first venture into professional football and he's looking forward to making the step up.

"It's been a long season, but I've worked hard for this so I can't wait to get started,” Barham told www.barnetfc.com.

"It's nice to get a deal over the line, I can now get my head down into full-time training and work really hard and hopefully do it at this level as well.

"My dream as a little boy was to have my name on the back of a shirt, so to now have that I can kick on and show the Barnet supporters what I can do."

The striker is certainly no stranger to manager John Still who is pleased to bring him to Barnet.

"I watched quite a bit of Jack last season and I've seen him around the circuit as he's grown up. He's always scored, he's very busy, very enthusiastic and this season he's come on quite a bit.

"Our scouting network picked him up and we really liked him. With me arriving here, it gave me an opportunity to bring him here.

"I think supporters will like him because he has got that non-stop action, he won't stop working and his record of scoring goals is very good. I hope we've found a young player here that will progress, go onto greater things and score lots of goals for us."