Glebe appoint Adam Groom as the manager of their first Suburban League side: I am looking to get in to first team management in the next four or five seasons and when we feel we are ready

ADAM GROOM says he is delighted to be unveiled as the manager of Glebe’s first Suburban League team.

The 25-year-old guided Chatham Town’s second string to a fourth-placed finish in the Suburban League South last season and has moved across to manage the Chislehurst-based club’s second team. 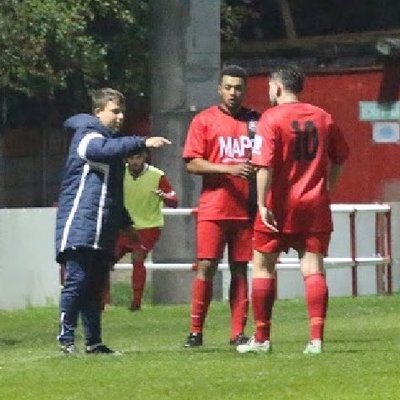 “I am delighted to have joined Glebe as the under 23’s manager with my assistant Warren Carver, who worked as first team coach for Erith Town two seasons ago,” said Groom, who has enticed players Connor Skinner and George Acland to leave Chatham to join him.

Groom took over Chatham’s reserves in 2017 when Luke Medley quit the club to play for Cray Wanderers and Groom was brought in to the club by ex-Chats first team manager Kevin Horlock and Terry Groom (father/physio).

“Over our time at Chatham we have seen over 10 players go on to represent the first team, especially when they were in the Isthmian League South the year before,” said Groom.

“We had a respectable season this year, having a few good cup runs and finishing fourth in the Suburban League, finishing behind champions Tooting & Mitcham United, National League side Sutton United and Bostik League Molesey.

“When we were getting towards the end of the season, I had to make a decision of staying at Chatham.  I decided to go over to Glebe as I already work with the under 13s with Scott Boyce, who has gone on to win the quadruple.

“It’s a fantastic club run by hardworking people, including the chairman Rocky McMillan and I thank him for giving me the opportunity.

Glebe will be Groom’s second spell in management but he praised current Cray Wanderers boss Tony Russell for giving him an insight in football management while at VCD Athletic.

“I would like to thank everyone at Chatham for my time at the club and giving me the opportunity to have my first job in management,” said Groom.

“I am looking to get in to first team management in the next four or five seasons and when we feel we are ready.

“Working at a fantastic established club like Glebe will help us massively. I always believe in football that you must earn the right before you’re given the opportunity.

“I was personally first involved in helping out at VCD Athletic under Tony Russell, Ray Powell (assistant) and coach Nathan White.

“The knowledge that I gained from working with them under the three seasons they were at the club was of a real benefit and gave me an insight into how a successful team is run and I personally learnt so much.”

Midfielder Thompson has won the Southern Counties East Football League Premier Division title with Whyteleafe and Sevenoaks Town, as well as helping Collins’ Cray Valley win the London Senior Cup for the first time in May 2017.

Midfielders Bedford and McDonagh and striker Francis, 20, also played under Collins at the Millers.