Goalkeeper Nic Taylor quits Fisher: My time at Fisher made me fall back in love with football again and I will genuinely always be grateful for that

GOALKEEPER Nic Taylor has explained the reasons behind his shock departure from Fisher. 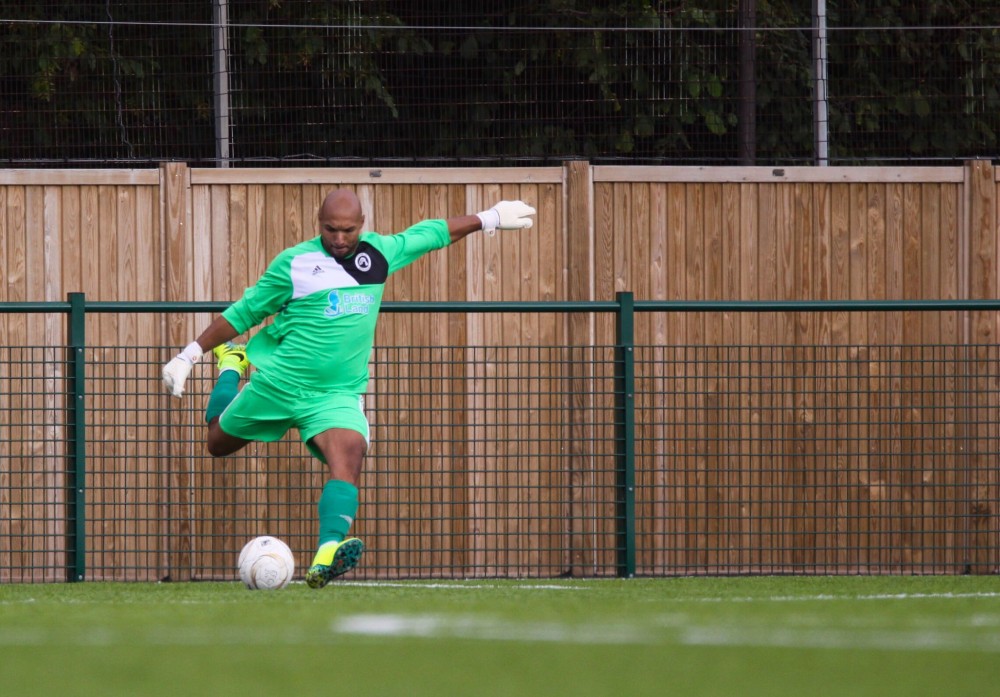 Manager Dean Harrison guided the club to a third-placed finish in the First Division last season, winning promotion along with champions Punjab United and runners-up K Sports to bounce back from relegation at the first attempt.

“It was brilliant,” Taylor said on his time in Rotherhithe.

“The dressing room, coaching staff and fans at Fisher are one in a million!

“The gaffer, along with some very special people at the club made me fall back in love with football again and I will genuinely always be grateful for that.”

When asked the reasons behind his decision to leave the club, especially now the club are back in the ninth-tier of English football, Taylor replied:  “Obviously I’m sad to be going but I’m seeking a new challenge now and the distance from where I live is becoming a factor.

“I’m sure they will do brilliantly (back in the Premier Division) as they thoroughly deserved to be promoted.  The club really is a sleeping giant.

“I’m still speaking to a few club’s a little closer to home and I’m hoping to have everything sorted by the end of this week.”

Taylor has two caps for Montserrat and Taylor is proud of the fact that he has International experience and two clean sheets at that level to his name.

“It was back in 2014 that I made my debut against US Virgin Islands then against Bonaire in the second game of the FIFA Gold Cup keeping two clean sheets,” said Surrey born Taylor, who qualifies as his grandmother on his dad’s side was born in Salt Sprint Montserrat.

“We have been drawn in the Concacaf Nations League against El Salvador, Belize, Aruba and the Cayman Islands and the games start in September.

“We have a new manager in Willie Donachie and we have a strong squad so I hope I can do enough to secure a place in the squad.  It really is an honour to represent Montserrat.”